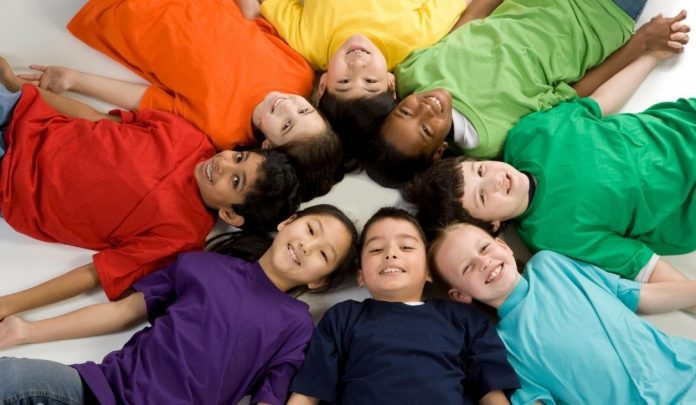 The stamp next to my six-year-old’s name on the sign-out sheet said, “Please see leader.” Uh-oh. Those words next to a child’s name on the summer program sign-in/out sheet are hardly ever for good news. As the leader approached, I could see she was bracing herself.

“Today, we caught wind of a conversation your son was having with the other kids, and it’s considered a little…inappropriate…for this environment. It was about Black Lives Matters.”

This past school year, his wonderful kindergarten teacher encouraged his love of reading. In addition to books, he reads menus, instructions, packaging, street signs, storefronts. And the week before this situation at summer program, signs protestors were waving at a red light.

You might think it is too young for us to talk about systemic racism. But with the movement literally feet away from us, I couldn’t ignore it. And I didn’t think I should.

So, I took a deep breath as I drove and attempted to explain.

He understood that but asked the question again, “Mommy, what does ‘black lives matter’ mean?”

I tried to explain that many people are upset because some police officers have not been fair to people who are Black. And that makes black people feel like they’re not as important, or cared for, or protected. It makes them scared of police officers, even the good police officers.

I know; it wasn’t elegant or articulate.

“What does black mean?”

I was speechless. He did not understand race. He didn’t recognize “color” when it came to people. I shouldn’t have been surprised, as we hadn’t ever called attention to people’s characteristics in that way. After all, his people distinguishers are more along the lines of which Hogwart’s House do you belong to (Gryffindor), or Marvel “Avengers Civil War” side are you on (he’s a Captain America fan).

I was at a loss for words.

I think I fumbled with an explanation of how God creates people in all different colors because we’re from all over the world. I reminded him that my ancestors were Chinese and that Daddy’s were Irish and Polish. I mentioned our Black, Asian and white relatives as examples.

I knew it wasn’t exactly right.

So that weekend, we read children’s books with themes of diversity and inclusion. Not just about race and ethnicity, but from sexual orientation, religion, gender, and socio-economic standpoints. We watched the CNN/Sesame Street program. We hoped Diggory Doo the dragon and Elmo helped him understand.

When we talked about it all, we reinforced the same messages: be kind. Be generous. Be a friend, even when it might be hard. Let a grown-up know if you need help doing any of these things.

And that’s what led us to the following week at summer program. No one could recall how it started but the adults in charge noticed as my son gathered his peers to talk about the importance of being a good person to everyone, especially to black people, and to stand up to someone who isn’t being nice. He even called himself black, and pointed to his arm (he tans very easily and dark, despite sunblock) as proof. He told his friends that girls and boys can love whoever they want and that’s good. (It also happened to be Pride month.)

That’s when the leaders announced a new activity outside on the playground and they all quickly dispersed.

“Good job, Mom, on having the conversation,” the leader said, assuring me nothing he said was disparaging or hurtful. “But he can’t talk about this stuff when he’s here. It just isn’t appropriate here, especially at this age. And when he talked about being black himself, the kids were obviously confused what that meant. We can’t have him talking about Black Lives Matter here.”

I sort-of get it.

I’m sure it was a shock to parents if their kids went home that day and shared
their interpretation of my six-year-old’s interpretation of racism, equality, tolerance and advocacy. Talk about a game of telephone!

But I have to admit: as I have friends and relatives who have had to warn their kids about these things even before they reached my son’s age, I was proud that he was trying to share what he thought he learned despite our clumsy efforts.

I couldn’t help but smile as I assured the leader I’d have a chat with my son.

Understandably he was confused as we walked to the car.

“Am I in trouble?” he asked meekly.

“Absolutely not. I promise,” I said. “It’s just that some of your friends should probably talk to their parents about Black Lives Matters first. If you want to talk about it, if you have questions or feelings about it, talk to me and Daddy. For now, let’s not talk about it at summer program.”

“Ok. So I can’t talk about it with my friends?”

“Can we buy me a Black Lives Matter t-shirt to wear to summer program?” 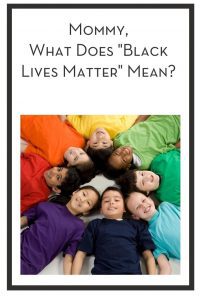 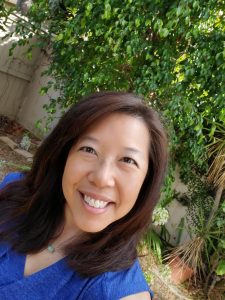 Guest Blogger Victoria Lim is an OC transplant from the east coast. She runs on Starbucks salted caramel mochas.