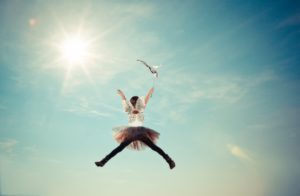 Who is the Tooth Fairy? If you Google this question you will get a response like this description from wikipedia:

The Tooth Fairy is a fantasy figure of early childhood in Western and Western-influenced cultures. The folklore states that when children lose one of their baby teeth, they should place it underneath their pillow and the Tooth Fairy will visit while they sleep, replacing the lost tooth with a small payment.

And if you ask Alexa she might say “Many believe that the tooth fairy leaves a little something under someone’s pillow in exchange for a tooth.” (I wonder, what she does with all those teeth?)

But I ask you, who exactly is the Tooth Fairy?

My question began with my 9-year-old daughter walking casually into my room at 9:30pm, one hand covering her mouth and the other hand outstretched towards me holding a tiny little speck of an enamel rock with a tint of red blood on it.

Mom, I lost my tooth.

She said this in a relaxed calm voice. My response was something along the lines of, “Was it even loose?” She shows me her tooth that she has been holding in the palm of her hand for a minute now. I then instructed her to rinse out her mouth and wash off her tooth and put it in a plastic baggy.
This is obviously not the first tooth that she has lost. She is an old pro now and was able to take care of her mouth and her tooth all on her own and head back into bed.
However, it’s then that I began to ponder, who exactly is this Tooth Fairy? Why didn’t I know her tooth was loose? Am I the Tooth Fairy here?

Yikes, I don’t have any cash.

Maybe I can stick a piece of bread under her pillow? Darn it, we don’t even have any bread in the house. Now that reminds me I was supposed to go to the grocery store today. So I then sent a text to my husband who was at work because he works evenings and tell him his daughter lost her tooth and I don’t have any cash.
So fingers crossed he has some cash and now I can say he is the Tooth Fairy. He can handle it when he gets home at 1am. Besides I have a newborn that I am currently taking care of. It’s the least he can do.
Fast forward to the next morning somewhere around 6:30 am. I walk into my daughter’s room to wake her for school. It is at that moment that I realize that my new mom brain never actually sent that text to my husband to tell him that it was he who needed to be the Tooth Fairy. Oh no.

What will my daughter say when she wakes up and her tooth is still there?

Well, I think I am in the clear because apparently even she forgot. She rushes into the restroom to get ready for school and then heads downstairs to find her shoes. I then go to get the little one dressed and brush her teeth so that dad can give them all a ride to school and daycare.
I’m in my room when my 9yr old walks in with the clear plastic zip lock bag hanging from her two fingers. “Mom, what time did my tooth fall out last night?” she asks. And before I can even get a word out she looks at me and then says, “it must have been really late because the Tooth Fairy didn’t come. I think that she had already passed our neighborhood.”
Yes, that’s exactly what happened, I tell her. Go put your tooth back under your pillow and try again tonight.

Hubby happened to have a five dollar bill and a twenty dollar bill in his wallet. So now we ask ourselves, how much are teeth worth?

I think five dollars is fair for a tooth so I grab the five dollar bill and put it away for this evening. Then I second guess my thought that five dollars is good, so I run over to good old Google and ask how much is a tooth worth? I find all types of responses and it becomes a little overwhelming so I walk away from Google and just decided that five dollars is perfect.
However I do want to share with you that upon my internet searching I found this Tooth Fairy calculator to figure out how much a tooth is worth. Just thought it was funny.

Well, I end up being the one to call myself the Tooth Fairy, at least this time around.

I remind my daughter that she needs to put her tooth under her pillow again. I am prepared this time. I even grab a new bag from the kitchen, stick the money in the bag, and when I go up to her room that evening I’m able to remove the bag with the tooth from under her pillow and replace it with the bag with the money.
Who is the Tooth Fairy? ~I~ am the Tooth Fairy, at least in my house, and at least this time.