From the moment I saw the first ad for THINX I have been wanting to try them.  If you don’t know what THINX are let me explain. 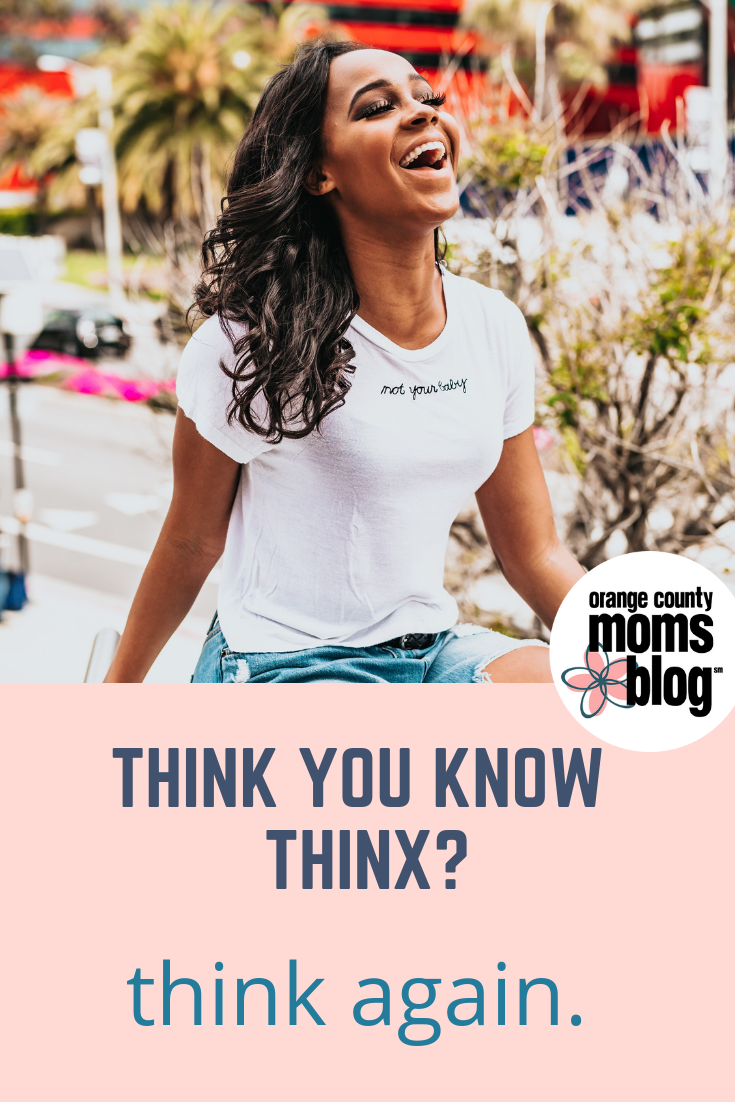 THINX are period proof underwear that can prevent leak anxiety. Depending upon your flow, THINX can either back up or replace traditional menstrual products. Each pair of THINX underwear are crafted with special layers of fabric that can absorb liquid, wick away moisture, and de-odorize to keep you feeling fresh and dry. THINX  look and feel like regular underwear, come in a variety of styles, and are machine washable. Since they are a reusable product, they are better for the environment than disposable period products.

I have never been more excited to get my period then after I received my THINX in the mail.

After I had kids my periods were heavier and I found myself going through more tampons than ever before.  Aside from the waste of tampons I was tired of always worrying about leakage.  For me, panty liners were very unpredictable.  And depending on if I was working out things could get messy really fast – especially on a heavy day.

This is what I needed in a period-proof pair of underwear:

I specifically chose the hip-hugger pair of underwear because I really wanted something that held a lot but was also super cute.

The underwear itself is thicker than your typical pair of underwear – I would compare it to a shapewear type of material but I never felt restricted.  If anything it felt like it was holding me together.  I liked it.

For my heavy days, I used THINX in conjunction with a menstrual cup.  I seriously never felt freer.  Not only was I being eco-friendly, but I was also not stressed about leakage.  With the combination of the two, I never had to mess around with changing anything all day long.  It was like magic.

For my lighter days, I just wore my THINX.

I didn’t smell. I could still run and have no fear of leaking. I didn’t feel frumpy.

I told a lot of people that I was going to be using this awesome period-proof underwear and I got a lot of questions.

And now THINX is rolling out a new line for tweens/teens – which is pretty amazing!  When I was a teenager my period was so confusing.  I would have loved to have underwear that I could wear and not have to stress about whether or not I had enough time between classes to change my pad/tampon.  If you have a daughter – be sure to check this new line out!

To learn more about whether THINX are the right fit for you – visit their Facebook and Instagram.