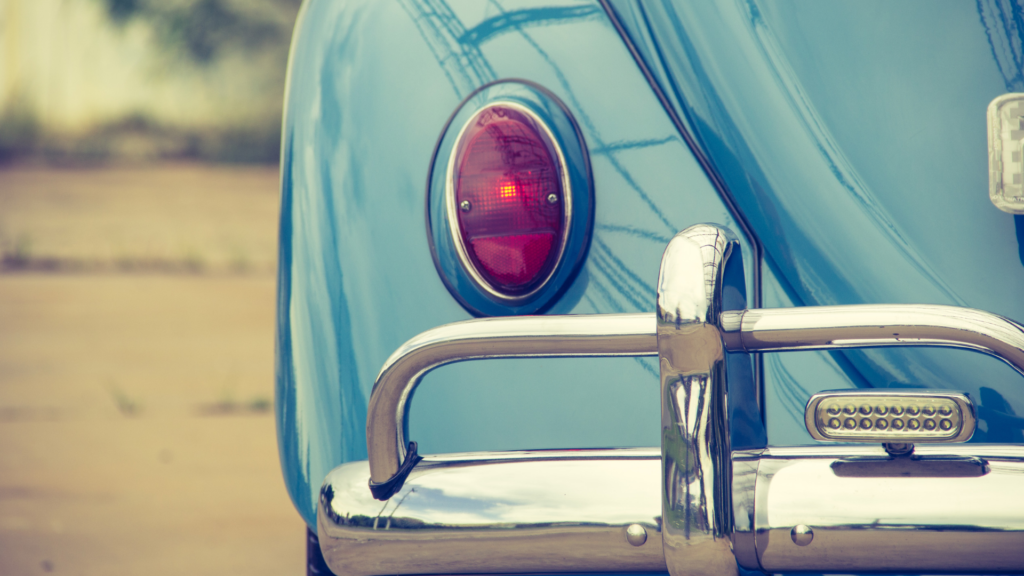 With the birth of our second child, it’s become clear: we need a bigger car.

A sedan which once felt roomy has become cramped with two car seats in the back, especially if you’re trying to squeeze a visiting relative or friend between them. And though I will never ever succumb to the minivan’s sliding door siren song, I will happily upgrade to a stylish three-row SUV.

In fact, I was thrilled to go car shopping for the first time in ten years and eagerly made a Pros Vs. Cons list of my top three picks (the Audi Q7, Acura MDX, and Volvo XC90 – all top-rated for safety, with lots of fun bells and whistles). But when my husband pointed out that we’d be trading in my 2006 VW Passat to buy it, I balked.

The thing is, I love my car.

I wasn’t raised in a car culture; they were somewhat of a foreign concept to me as a child of NYC where my main modes of transportation were the subway and my own two feet. When I came to LA for work in ’05, I was so convinced I would one day return to the city that I drove a rental for months.

But when I started dating my now-husband, I began to imagine the possibility of staying in California long term. Some of our earliest dates were spent car shopping and – like a harbinger of our future success as life partners – together we negotiated an unbeatable price on my Passat. Of all the cars I looked at (and I pretty much test drove every 4-door option on the market), this one just felt right.

Being German-engineered, it’s got a powerful engine and a fantastic turning radius. Plus it has special details I love like a keyless ignition, hidden umbrella in the front door, and the oversized button logo on the back which opens the trunk when pushed.

Like Cinderella trying on a slipper, this one fit me perfectly.  It was the first car I ever bought.

For the past ten years, and in a way that can only make sense in car-worshiping Los Angeles, my Passat was like a friend to me. It was there as I navigated my way through the shark-infested waters of a Hollywood career, ferried me around between the studios/let’s-do-lunches/industry mixers, and drove my visiting friends up PCH to Malibu with the sunroof open.

Then as I transitioned from entertainment to motherhood, it was where I – pregnant and exhausted –  discretely napped in the office parking garage during my lunch break, and later where I accidentally locked my newborn inside on a hot summer day. Though I have changed residences several times within SoCal since relocating here ten years ago, this car has been my most constant (yet moveable) home.

And now it represents a stage of my life that has passed when I wasn’t responsible for two young lives and cared more about style than function. Yet when my husband first intimated that I’d have to trade it in, I immediately suggested we trade in his car instead.

He will admit that mine is more fun to drive than his (which is slightly older and vastly less exciting), but his defense is that his requires fewer repairs and since it has little trade-in value he plans to drive it into the ground. His clunker may have been an appropriate ride when he bought it as a recent college grad, but now successfully mid-career, I believe he deserves a better car…something more fun to drive…a 2006 VW Passat perhaps?

We’d been at a stalemate on this topic for months, but recently upon reflection, it occurred to me that he too may be having similar feelings of nostalgia.

His car, after all, is the witness to our first date and every one since.

Though he purchased it as a bachelor mostly to chauffeur himself between work, the gym, and home, nowadays it’s used for school drop-offs and to fulfill his wife’s late-night ice cream cravings. So his car too represents a youthful era that he has unwittingly grown out of. While he presents his stance as a purely financial one, I still believe there’s a sentimental subtext for his reticence to part with it.

Anyway, I’ve made peace with the decision to trade my beloved car in for the newer model and will try not to feel like a philandering husband moving onto a younger, hotter second wife.

In the spirit of organizational goddess Marie Kondo’s teachings: though my Passat still “sparks joy,” I know my next car will spark even more joy and with that joy more wonderful memories.

So my dear Passat, old friend, I hug you and thank you for your service, and bid you goodbye.