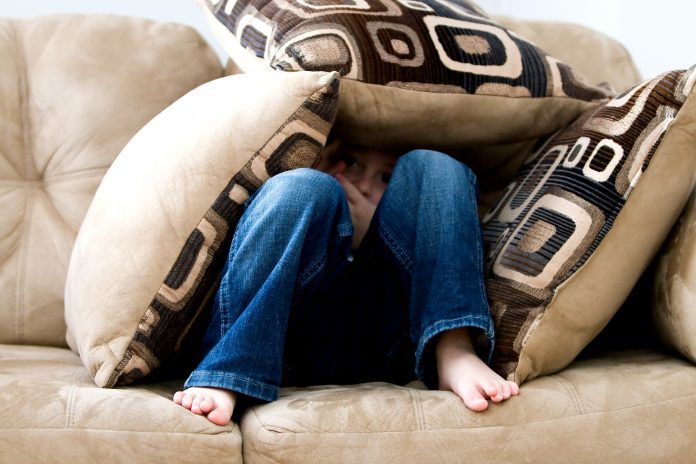 It all started last Easter. My daughter was 2.5 at the time. The Easter bunny left his candy-filled Easter Eggs all over our apartment, which in hindsight I believe was her first lesson in being a sneaky child. (Or maybe she is just a secret magic maker!)

We ended up catching her several times from that day forward with smeared chocolate on her face behind the couch, in the corner where their school backpacks hang, even in her closet. I about lost it when, two weeks later, I found a handful of empty candy wrappers UNDERNEATH her pillow.

Then, my sneaky child discovered the nail polish and manicure set.

The first time I knew she knew where this was, I found drips of nail polish around my bathroom that had already dried. (Thankfully she wasn’t eating this like the chocolate, but was using it without my permission.) I swear she was with me every minute, and to this day I still don’t get how she could’ve done that without me realizing. I moved all the nail items to the top of the medicine cabinet so I wouldn’t have to worry about that again.

THEN, one evening while we were watching a family movie, she said she needed to go potty. A few minutes later, she hadn’t come out so I called for her. When she did finally come out she looked different, like she had bangs almost. I thought, She wouldn’t!

Spoiler alert: She did.

My sneaky child came from out of her room and there were the tiny scissors from the manicure set and a pile of her hair, freshly cut, tucked in the corner of her room (like I wouldn’t see it!). This means she had to drag her stool into the bathroom and stand on the counter top to even have access. I guess we could call this resourceful?

So, I guess this is the part of the post where I should be honest and say – she is me.

I apparently used to climb behind furniture when I was her age and color scenes on the walls that my parents wouldn’t find until it was time to rearrange the furniture, feeling like the statute of limitations on consequences had expired. I also enjoyed cutting things up, but typically targeted my bed sheets and my clothing….

This is the other part of the post where I should loop in some hope. That I cracked the code on this sneaky kid thing and I know exactly what to do.

And I need help.

Because following her around constantly is exhausting! I can’t not have chocolate and nail polish and scissors and all the other things in the house that she will want to use without my permission or supervision. So I’m really just at a loss here on how to parent her through this phase.

Do you have any experience with a sneaky child? Let me know any tips or tricks to turn this in to a positive, I will take it all! 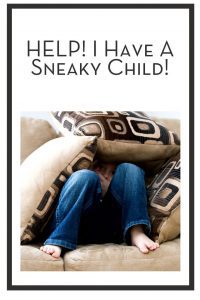