There truly ARE Everyday Heroes Among Us!

We are so thankful for all of the heroes in our community!  And that is why Orange County Moms Blog is dedicated to finding those unsung heroes.  We want to celebrate the men, women, and children who make positive a positive impact to all those they meet.

And thank you to all of our sponsors!  Your support for the community is so much appreciated!

Gracie, Randi & Jalene are tremendous members of the Orange County community – and we are honored to celebrate them!

So, it is our humble pleasure to introduce to you the 2018 Everyday Heroes Among Us!

Gracie Greenspan is a fun-loving, lover of life, friends, family, horses, puppies and bunnies. She plays soccer and has horse riding lessons and became quite good at learning how to play the violin this past year. At ten and a half, Gracie is leading a “new” normal life, but, she has been through her fair share of hurdles to get there.  On Christmas Day 2016, Gracie had her first seizure.

As the days went on the seizures kept coming more frequently until they reached more than 50 a day with each and every doctor unable to properly diagnose the problem. Test after test, Gracie was put on many medications that weren’t helping, in fact for her, they were doing the opposite.

BUT SHE FOUGHT THROUGH!

Slowly, we saw glimmers of our old Gracie shining through and her personality was fighting its way back to the surface. But, yet, the seizures were still there. We were told Gracie was going to have to have 2 brain surgeries scheduled a day a part so she prepared herself for the marathon of her life.

A week before her surgeries her doctor ran a final test to check for a very rare Glut 1 Metabolic Syndrome and it came back positive. Gracie’s brain surgeries were immediately tabled, and her diet was changed to a MAD (Modified Atkins Diet)/Ketogenic Diet, so that her brain could get the energy it was starving for from fats instead of carbohydrates. (She is only allowed 20g of carbohydrates a day.)  Miraculously, we saw the seizures decrease to less than 10 a day.

Children’s Hospital Los Angeles and Care and Cure Foundation were impressed by Gracie’s story and invited her to be a part of a video about epilepsy, genetics and the ketogenic diet and was honored at the Care and Cure Epilepsy Foundation Gala at the Beverly Hills Hotel in 2017.

Her goal is to continue bringing awareness and raising money for Glut 1 until a cure has been found…and it will be! Her story continues to be passed around the world of epilepsy and she is committed to spreading the word and educating others. She has affected hundreds of people around her and some have even changed their diet in support of her. She is a hero to us all for her bravery and dignity during this time of strife and we look to her for courage and hope.  Her video made by Care and Cure is a video not just about epilepsy, but a story of courage and perseverance.

Please see her short video by Care and Cure and CHLA below:

Randi is a hero caring for 14 kids every day after school in her home. Cooking and helping with homework so parents can enjoy evenings stress free with their kids. She spends hours every single day raising money to help students starting school by giving backpacks filled with supplies. She raised money to fill a vet outpost with furniture, and more for homeless vets, Coordinates holiday parties with gifts for homeless vets and motel families. Raised funds to pay for all dorm supplies and school supplies for teen girls at risk graduating high school, coordinated many activities raising funds to fill 100 back packs for veterans starting junior college, and 100 backpacks for elementary school aged kids. Involved in Birthday parties for OC Rescue Mission children. On top of all this she cares for an 85 yr old veteran who lives next door after his wife passed away years ago. She is an amazing wife and mother who gives effortlessly to help others less fortunate all while running her own business. She has coordinated raising over $140,000 in 2 years and given it back to veterans , teens at risk
and child abuse prevention.. she is a hero in our community.

Jalene has the most gentle soul. And she has a natural talent for being a preschool teacher. The chaos of the classroom never dampens her spirit or ruffles her feathers. She has more patience, warmth, and love than anyone I’ve ever known. Despite the stressors of working in a classroom of young children, I’ve never seen her get angry, lose her cool, or even raise her voice to yell in the 3.5 years I’ve known her. If she has buttons to push, my son has pushed them believe you me, and yet she has always maintained an even temperament during his biggest temper tantrums. Jalene gives her entire life to the children she teaches, and loves them each fully. To all parents who have the good fortune to know her, she is an example of gentle parenting and learning with love. I have also never heard her speak harshly or in a mean spirit about anyone. Actually, the only thing I know for sure that she dislikes is the traffic in Anaheim.

She also loves animals and has adopted a menagerie of rescue animals over the years. If she sees a stray on the street, she brings it home to foster until it can be found an owner. This happens multiple times a year. She is like Snow White, where animals just flock to her because they can sense her kindness and purity of soul. Seriously, if she puts her arm out, butterflies and bluebirds will land on it.

Being a preschool teacher has few monetary perks. Rescuing stray animals even fewer. So I’d love to see Jalene be rewarded in some way for her years of dedication as a teacher, animal lover, and all around excellent human being.

Thank you to all of our sponsors!  Your support of the Everyday Heroes Among Us does not go unnoticed!!

Our Adult winners will receive the following prizes

Our Child winners will receive the following prizes

Interested in supporting the Orange County community by being a sponsor?  Email [email protected] 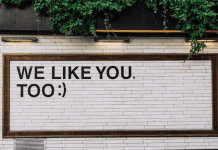 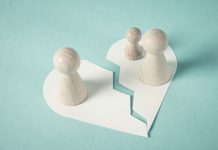