First, I mean, I knew it was going to be when I moved out here. I’m not under some delusion that metro Detroit prices were going to be on par with Orange County, but the slap of the pricing was almost as bad as the heat.

Second, I was terrified when I got here. Would we be broke? Where would I shop? How much would things cost? Were we going to make it?

I was raised to know how to make a dollar stretch.

As a one of three children born to two public school teachers we were just naturally drawn to saving money however we could.

So this, dear readers, will be the beginning of a tale I have to tell. A tale of money stretching, meal planning, and time saving. A story my mother taught me at a young age that I didn’t appreciate until I was much older.

Follow along here for installments in this series and consider joining The Bargain Babes of OC Facebook group for sharing of ideas on money saving tricks! There we talk about saving money, recipes, thrift shopping, and anything else to help and inspire each other to save!

Guess what? You can live well, eat well and STILL save money out here. Let’s do it together.

Start at the easiest thing to change.

Shop until you drop?

It took a while for me to be okay with not buying everything I saw that I love. Like…a long while. I love shopping. I love to look good and there’s something inherently cosmic about wearing a brand new outfit to meet up with friends. Even though it feels soooooo good to buy, later on when I realized how much I’d spent it didn’t feel so great anymore.

Some friends I know have amazing will power. They can look at something, say “Oh that’s pretty” and keep on walking. I didn’t have that. Not at first.

It wasn’t until I was really and truly thinking about the long term effects of purchasing a new outfit every time I went out that I started to put things together. My closet was chock full. I couldn’t even fit all my clothes in my dresser. I didn’t even know half of what I had. And this whole idea of expanding closets and overrun dressers applied to many rooms in my house, including my kid’s! I finally realized that I was running out of space, out of money, and out of sanity.

I also evaluated the way I was grocery shopping.

Most times, I would go without a plan or a list (sometimes with a squalling child) and throw whatever looked good into the cart and suffered the consequences at the checkout.

Everyone has a busy schedule. I mean everyone. It is hard for every single one of you reading this to find time for yourself. I mean c’mon, some of you are reading this in the bathroom with one hand holding the door shut. We as mums are strapped for time!

However, I strongly suggest you fight to find a time to meal plan.

You’ve heard about it, you’ve pinned recipes you hope to try. Now is the time. Meal plan just one week in advance. I really encourage Bargain Babes to sit down with this week’s ad, and really think outside the box. Your menu will look different from mine and that’s okay. We can still shop at the same store. We can even meal plan for the same store.

For instance, I did a mock meal plan for a family of four using my favorite grocery store (ALDI!!), and was able to budget LESS than $75 for a whole week’s worth of lunches and dinners! Check out the featured image at the top of this post to see my detailed meal plan and itemized shopping list.

How was that possible? Well, a few ways….

#1 – Build around your proteins.

When I meal plan, if you’re a family that eats meat, I buy more meat, and use it at least twice that week. In my example, pork chops and ground turkey were on sale, so I used those items to build my menu from. I included one night of just pork chops and one night of pork fried rice. I cook both meals of meat in one night, saving me time on the second night!

The same theory I use for meat can go for side dishes. Potatoes and rice are cheap, go a long way, and can be done in so many different ways.

#3 – Economise your money and your time

So many people who shop or even meal plan think of each meal as an independent thing. DON’T DO IT! When you think about making extra turkey meat on taco night to make pasta the next night, you’re thinking like a Bargain Babe!

Be a Bargain Babe

I make the decision to be a bargain babe. Someone who didn’t buy something just to clutter up their home. Someone who actively tried to save money the way she was hoarding purchases. I needed to do this for myself and for my family.

I am a Bargain Babe. And you know what? It feels great. I don’t deprive myself, I’m able to save more money now than I ever have, and my home is less cluttered. I enjoy other things besides shopping! This is me living my best life! California living without going broke is mine!

Finally, this isn’t a scheme. This isn’t hard and I promise it won’t hurt. If you’re like me, and you’re sick of feeling stretched, join me on a money saving journey. Become a Bargain Babe and follow along on my journey to saving big bucks through my posts here! 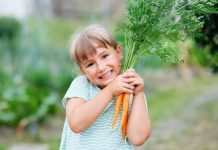 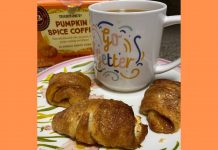 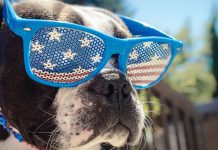