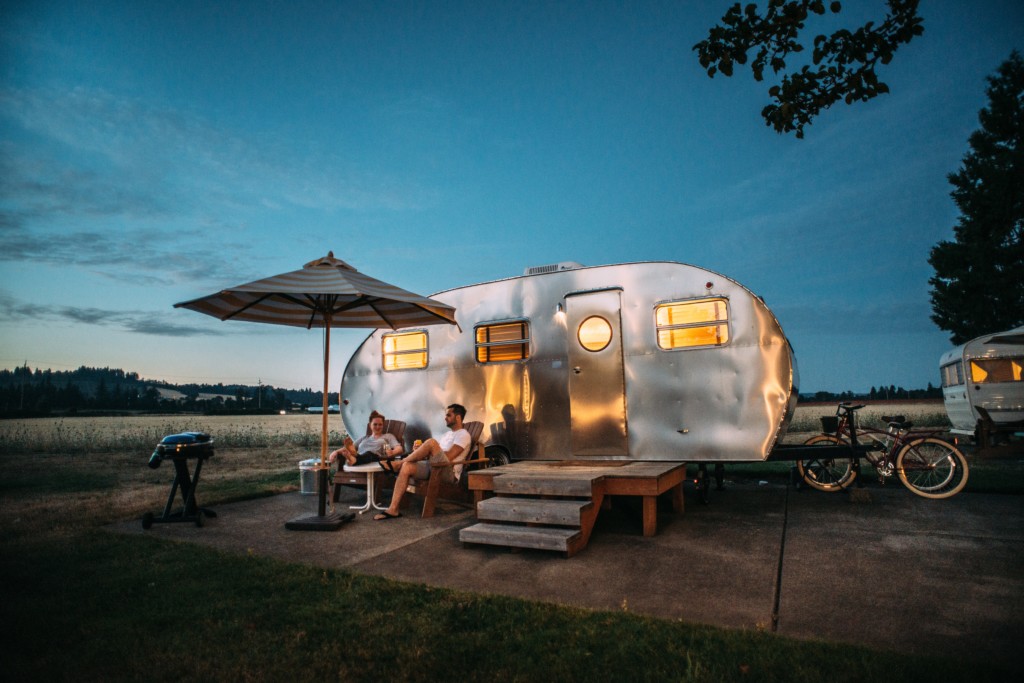 This is literally how I start this sentence to explain the adventure that my family took on Mother’s Day weekend. One might ask, “How did we end up here?” This is because, if you know me at all, you know that I abhor the idea of camping. It’s like paying to be homeless for a weekend. I have absolutely no desire to pack up survival supplies, a portable house, and coolers of food to trek into the wilderness where the bears live to try to rough it for a weekend without power or flushing toilets. In fact, this may be my own personal version of hell…. And the fact that I decided to do this on MY WEEKEND—well, I’ve actually had people ask if I fell and hit my head or something because that would definitely never happen. But all that changed when I learned of this fun new thing that basically put a rustic hotel room in the middle of the woods and included room service. Sold.

This is a combo word that means “glamorous camping.” It involves all the benefits of camping for those that would otherwise hate it.

In many cases, you get a cabin with running water, electricity, and maid service to clean up after you. There are different tiers to this service though. So some sites will have a fully furnished tent or yurt (conical-shaped large tent) as opposed to a cabin. But most will have beds, electricity, and heaters. Some have a shared bathroom, but the good ones have shower facilities in the unit. These sites pop up all across the U.S. in areas where regular camping has already been occurring.

To find options near you, it’s as easy as putting in “glamping” and a state into Google.

You’re bound to find a bunch of options at all different price points. Since this is essentially like a rustic hotel, you’ll be paying for your amenities, which is fine by me. My stipulation was that I didn’t want to drive more than 4 hours away. And I wanted to be close-ish to a real town in case I got bored in the middle of the woods. We decided to take our maiden voyage to El Capitan Canyon, about 20 minutes north of Santa Barbara. After talking with friends who grew up in California, apparently this place is very popular for the locals.

The site consists of several smaller cabins, some yurts, and many larger cabins perfect for the whole family.

El Capitan Canyon is on the other side of the 101 freeway right by the ocean, and there’s a pretty creek that runs through the middle of it. They have a general store on-site that will deliver you dinner that you can prepare on your personal campfire.

They also have wine (a camping must). On the weekend we went, you could take a hike to see senior citizen llamas. And they also had a wine tasting one afternoon. If you get bored, you can drive into Santa Barbara and hit up this super cute big-city-meets-beach-town. Overall, it hit all the marks.

The only thing I wasn’t prepared for was that – for those who are seasoned visitors – apparently the thing to do is bring a bike and let your kid wander.

At any given time, there were roaming gangs of biker children everywhere in the park. They even close the main cabin area to car traffic except for check out times. So there were unsupervised children EVERYWHERE.

And this is apparently totally normal.

I’m a pretty free-range parent, but not in the wilderness where creatures live that can totally eat my child. I guess it’s a safety-in-numbers thing. It was a throwback to a different time when kids were kicked out of the house in the morning and they didn’t return until the sun went down.

After figuring this out, I think I will come back when my youngest is about 5 and I’ll make sure to bring bikes. My kids will wander during daylight hours, and it might just make up for the fact that they will wake up at the crack of dawn for three days.

Have you tried glamping yet? 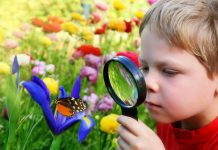