Do you ever feel like you need to do something for yourself, but it may be too expensive or it’s just a luxury that you don’t have the time or resources to explore?

For the longest time, I felt like going to see a chiropractor fell into this category.  I wanted to go, but my insurance didn’t cover it and I wasn’t completely sure how much it would cost me – so I put it on the back burner.

However, after having my second son I developed a massive back spasm that wouldn’t go away even after I came home from the hospital.  I had accepted the fact that my body after a baby had been ruined.  Slowly I was able to relieve the pain, but after 10 months of having chronic hip and knee pain, I felt like I had to take action.  Thankfully I found a yelp deal for Lander Chiropractic.

I have to say I was slightly apprehensive about going to a chiropractor.  I hadn’t been to one in over 10 years and I wasn’t sure if it would even help, but I was willing to try anything to relieve my back.

Upon entering the office, I was immediately struck by how open the main lobby was.  There were toys under a table, which made me feel like I could easily bring my boys and not worry that they would be beyond bored while waiting with me.  Not only that, but the office manager, Jamie, told me that she would be more than willing to go to bat against my insurance company to get my appointment covered.  The fact that I wouldn’t have to bring home the forms and try to negotiate with my insurance was worth it already!

And then I met Dr. Anastasia Lander.  My life was forever changed.

I realize forever can seem extreme, but let me just tell you that I’m not exaggerating.  You know how they say “babies ruin your body?”  Well, I felt like mine could have been permanently ruined.  After describing my pregnancy to Dr. Lander she informed me that not only could she help realign my back after birth, but she could have helped ease the intense Hyperemesis gravidarum I had while pregnant.  If I ever decided to have another child I would definitely see her immediately for help with my condition.  Dr. Lander informed me that my hips were uneven by two inches.  She gave me some great exercises to do to strengthen my core.  My confidence was increasing.  Maybe my body after baby wasn’t ruined after all!

After evaluating my needs, a massage therapist was sent into the room to massage me before Dr. Lander worked out my kinks.  A massage therapist!  It was heaven.  She reiterated what Dr. Lander had said about my insanely tight shoulders and back.  Apparently having children had caused my body to be wound tighter than a rubber band.

Then Dr. Lander worked on my back, neck and hips.  I felt like a new person.  Dr. Lander was so kind and patient with me.  I truly felt like she listened to all of my needs and concerns.  In fact, after I was done I couldn’t help but give her a hug.  It just felt right.  She told me that not only do mothers come to her before, during and after pregnancy, but that they also work on newborns and children.

To learn all about the amazing services they provide check out their website!  And don’t forget about their yelp deal!  It expires soon!

Lander Chiropractic will also be at our Bloom Event!! 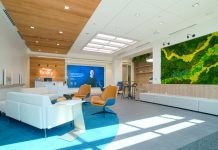 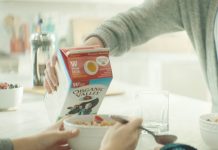