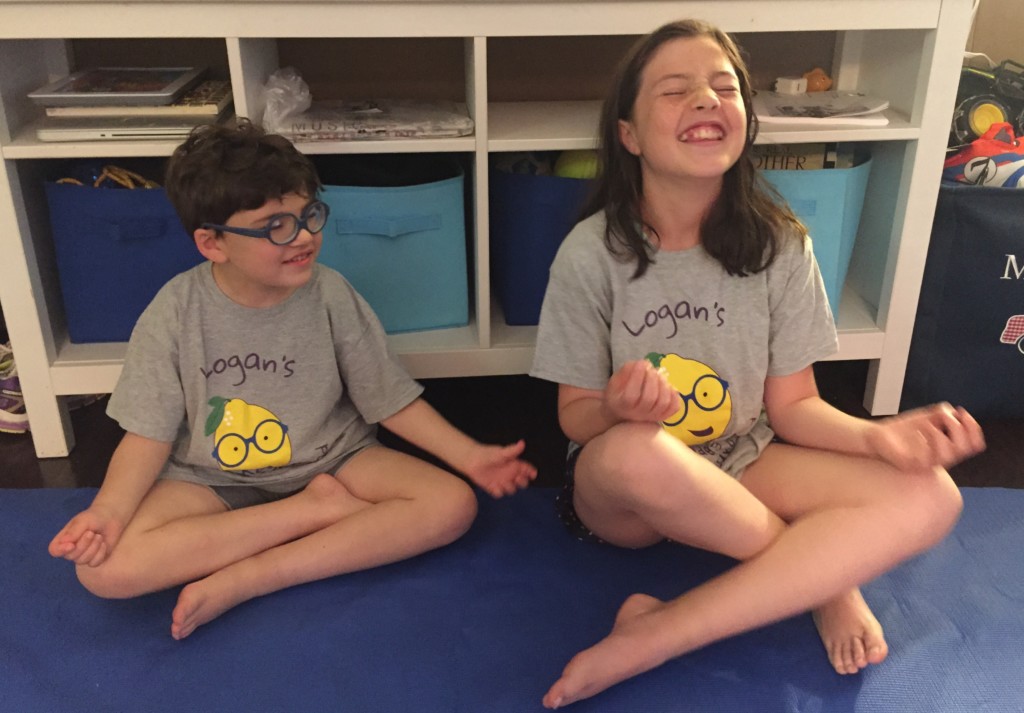 They didn’t ask for it. None of us did really. We thought we were doing good by our daughter by providing her with a sibling six weeks after her 3rd birthday. And then, less than a month after her 5th birthday and after much concern, her baby brother was diagnosed with a rare genetic disorder called Smith-Magenis Syndrome (SMS). This means he is missing 13 genes from his 17th chromosome, including the ones that control aspects of his physical development, executive function, and other behavior issues. SMS only affects 1000 people. In the world.

The life of a special needs sibling is equally challenging, just in different ways.

Once we had his diagnosis, therapists would flow in and out of our home. I’d rush my daughter to and fro to preschool so her brother could get to his various therapies on time. They even shared a bedroom, which is great unless one of you has a sleep disorder – one of the many awesome symptoms of SMS.

My daughter would awaken to pterodactyl screams at all hours of the night. As she likes to tell us,

“I can sleep through an elephant crying.”

So, thankfully, she could continue to share a room with him. But still. And by the way, have any of you ever heard an elephant cry? Me neither.

To say that she has put up with a lot is an understatement.

In fact, I do believe I won the “Mother Of The Year” award for the way I broke the news to her about her brother’s diagnosis. She was 7 years old, sitting on a small stool in our kitchen while I did something at the sink. Chop, peel, wash…I can’t remember. But I do remember her being optimistic that when she was older she was going to “fix her brother.” I sighed and turned to her and said,

This became a ping-pong match of “yes I can,” “no, you can’t,” until I slammed the figurative ping-pong ball so hard, cracking its exterior. I exclaimed,

“Your brother has an incurable syndrome, okay? All the people who come through the house day in and day out are therapists here to help him. We are trying to make him better, but I don’t know how much better he will get.”

I breathed out. And regretted saying it so abruptly and informally. She responded with,

“I just thought those people who came here every day were your friends checking to see how we are doing.”

Crushed like a paddle to an unassuming ping-pong ball at age 7. There I was, secretly paranoid about everyone who came through the house and how it was affecting her. But here she thought I had a barrage of friends bouncing through the door to play with my son and check on us.

As she got older, more and more questions arose. The heaviest one was at the ripe old age of 9:

“Will I have to take care of him when you guys are gone?”

A 9-year-old, or any child, should not have to worry about caring for their siblings once their parents are gone. But mine did and still does. 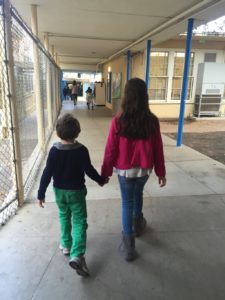 We assured her she would not. And in that moment, all I could think about was my favorite movie, LOVE ACTUALLY, and my least favorite storyline (both prior to and post having kids). The Laura Linney beat.

This should not have to be a spoiler alert as the movie has been out for a decade, but for those who have not seen it (why?!) – she has a crush on a co-worker and has a hard time talking to him. We see whenever she goes to do something for herself, her mobile (mo-bile, ’cause it takes place in London and that’s how they say it there) goes off. It’s her mentally-challenged brother. When she finally has a moment to hook up with the hot co-worker she has pined over the whole movie, her brother rings her and interrupts her sesh. That’s all I see when I look at my kids – my son interrupting my daughter’s make-out sessions. I’m cool with that before the age of 25. But after…I think I have to let the reins go on that.

The point is, whether she’s “pre-occupied,” or has an important job (other than being a phenomenal sister), or is just plain living her life, I want her to do just that: live her life.

I know the heaviness of her brother’s SMS diagnosis hangs over her head like a gray cloud, as it does for all of us. But what is not fair is that this is her childhood. And as we all know, you only get one. Sadly, she does not remember the first three years of her life when she had all our attention.

These kids will also surprise you with their maturity and altruism. They may one day ask your permission to hold a lemonade stand to raise money for their sibling’s syndrome. That’s what my daughter did.

For years, she had begged to have a lemonade stand in front of our place, but I just couldn’t imagine selling dixie cups of lemonade for research. It would have been a noble gesture, no doubt. So I finally gave in and told her this year we would host a big one and invite lots of people. All she wants is for her brother to appropriately play with her and for longer than one minute (severe ADHD, another effect of SMS). Or not burst into a tantrum out of nowhere.

To make those dreams come true, she and I have spent the past 8 months planning our BIG lemonade stand, which you can come visit in person on May 20th in Los Angeles. You can also buy a virtual cup of lemonade via online donation to the Smith-Magenis Syndrome Foundation right now. All proceeds will go to fund the research that is currently being conducted at Baylor College of Medicine to find a treatment for people living with SMS. Every cup gives hope!

For more information about SMS and about my family’s journey, you can follow our story on Facebook @LogansLemonadeStandforResearch. 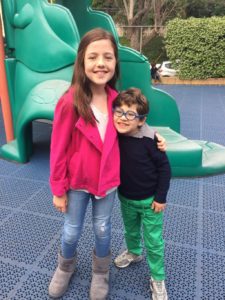 Prior to the "mom of two" gig, Jill Effron spent ten plus years working in every genre of television. Outside of the TV world, Effron wrote, directed, and produced plays and award-winning short films. After her daughter was born, Jill turned her love of the Food Network and craft service tables into a new career: personal chef/cooking teacher to spend more time with her kids. Since her son's diagnosis, she has hung up her chef's knife and picked up the pen to write about her journey getting her son diagnosed with Smith-Magenis Syndrome. You can follow her story on Facebook @LogansLemonadeStandforResearch.