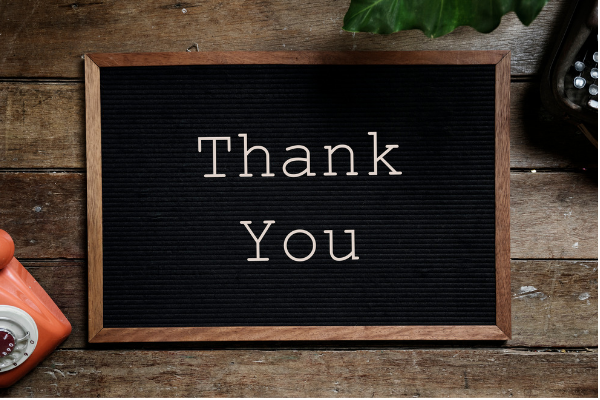 I walked into Home Depot the other day to get a gift card for my brother-in-law’s birthday. I didn’t see them at the registers when I first walked in, so I stood in line, waited my turn, and then asked the cashier where I could get a gift card. She pointed me down a little way to a kiosk that had all their gift cards. She said, “grab a gift card and then come back to the registers.” I said “okay” and went on my way.

As I was walking down the aisle, I didn’t see the gift card rack she was referring to, so I asked the employee at the self check out. “Where can I find the gift cards?” She pointed me to the rack right behind me (oops – should have seen that) and then said: “I hate to tell you this, but you have to pay for gift cards at the regular registers.” I said, “Oh I know. The other lady told me.” You should have seen the relieved look on her face. I could even hear it in what she was saying as the words came out of her mouth “Oh thank goodness! I love people like that.”

Now I’m not sure if she was referring to me being so easy going or the other lady warning me, but either way, it got me thinking… she was full on prepared for me to yell at her. Ask her why I couldn’t pay for the gift card at the registers right here – they are self check out REGISTERS after all, right?

I can imagine the conversations she has had so many times with so many customers, all of whom’s first instinct is to be rude to her, to argue with her. Regardless of what the first employee told me (or had she not told me anything at all), if she told me that I had to go to the main register to pay for the gift card, I would have said: “okay, thank you!”. That’s my first instinct. But sadly, I don’t think that is the norm anymore.

Which brings me to my question, what happened to please and thank you and politeness in general?

I’ve had experiences with rude people far too many times. It is always in different places under different circumstances. People run red lights because they just can’t stop and wait until the next green. People tap their feet, sigh, and roll their eyes at the fact that a line in a store is too long. I’ve seen, and experienced myself, people yelling at employees because a store is out of stock on a certain book or toy that they NEED for Christmas and it’s Christmas Eve and “how are they supposed to get it in time?”.

People are unnecessarily rude to people who are providing a service for them (like a manicure or pedicure, for example) because “they are paying for the service” so they think they have the right.

People who freak out because the package that they ordered online is delayed (for whatever reason, most likely a natural disaster like a hurricane or tornado) and won’t be there until the next day. People say “I need. I need. I need.” way more often than “May I please have?”. And one of my personal pet peeves – when people don’t return the carts to the cart return but instead leave them RIGHT NEXT to it or right across from it. Really?

People don’t “zipper merge” on the freeway because they just have to get one car ahead. People don’t wave to let people go when they are waiting to turn out of a driveway into oncoming traffic.

And if they do, do the people wave thank you?

People don’t hold the door open for the person behind them anymore. And if they do, the person who walked in second almost never says thank you for holding the door for them. My Dad held the elevator door open for someone the other day (it was closing and he stuck his arm out to make it pop back open because he saw someone coming). When’s the last time you saw someone do that?

I’ve seen people inching forward at the red light, waiting impatiently for it to turn green because they NEED to go. I’ve seen people tell employees at a store to “hurry up” because they are running late for their xyz meeting (when they ran into the store knowing full well how long they had before they needed to be where they were going).

In fact, when I was working at Barnes and Noble a few years ago, a customer called me a b-word because I told her that the place that she wanted to send a particular book to wouldn’t accept that type of book – their rule, not mine.

A lady I had never met before in my life. A lady whom I was being nice to and just explaining the rules but because it didn’t go her way, she was angry – angry enough to use inappropriate language.

And when’s the last time you got a thank you card in the mail?

Sadly, not all of these situations are just someone being rude and saying something they shouldn’t – some of these situations could – and I’m sure to have – caused an accident or someone to get hurt. Now, believe me, I am no angel. I don’t pretend to be. I have bad days where maybe I wasn’t as nice as I should have been. I forget to use my blinker. I say something I shouldn’t. I drive too fast or misjudge the yellow and it turns red. We all do it.

But I just feel like on the whole, people have dropped their pleases and thank yous more often than I think we should. What does it take? An extra 3 seconds? I’ve given too big of a tip at a restaurant because I felt the server went above an beyond and the service was THAT good and I wanted them to know that I noticed and appreciated it.

So, the next time you have an opportunity, give someone a compliment, tell someone thank you, or just don’t argue when they tell you that you have to walk 20 extra steps to buy a gift card. You just might make their day. 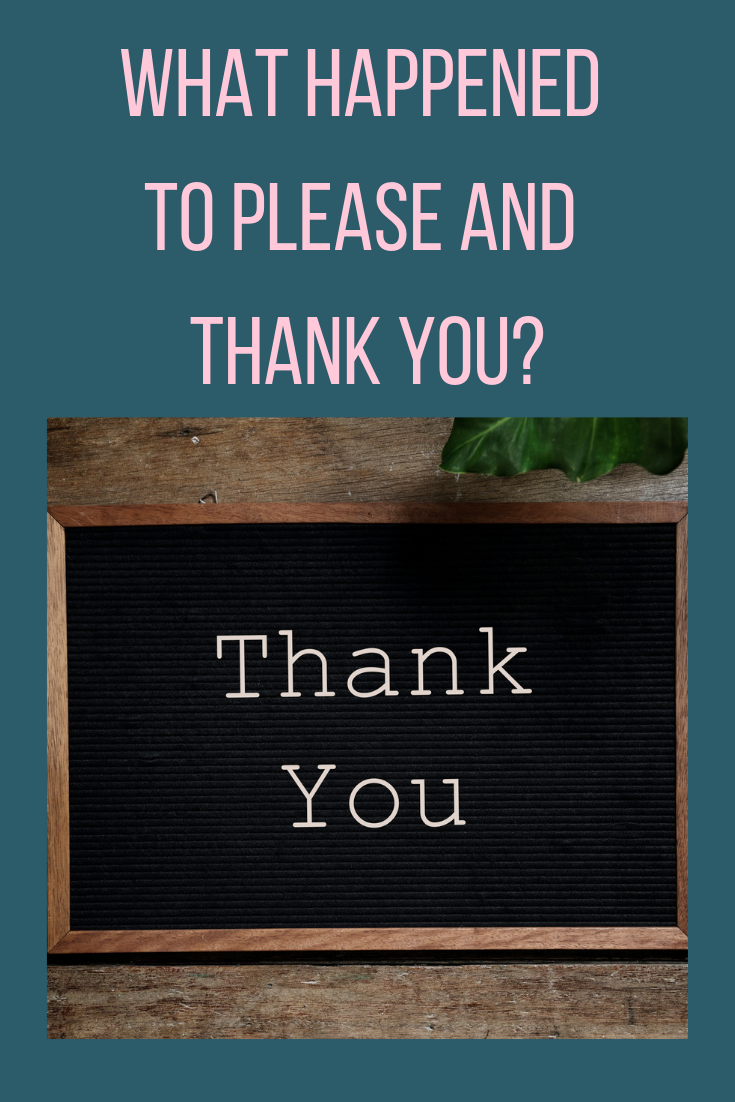