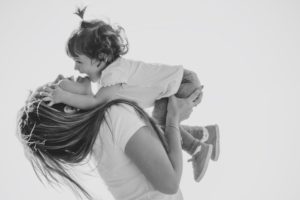 Recently I bought a new book. It’s called Scream Free Parenting. I had turned to this book after one of the worst days of all my days of motherhood. I knew that I was one of a million parents feeling like they had failed, broken, and somehow scarred their child for life.

It wasn’t just that I yelled at my toddler, and yeah I did do that.

But I had a full on melt down in front of my child. You see I struggle with anxiety and depression. That day had been building with one thing after another that triggered me until I had nothing left to give and it ended with me screaming and crying and pulling my own hair out in a major anxiety attack.

But what I came away after was a feeling of solidarity with other mothers. After running to my moms group to say “I’ve failed,” they said no you didn’t, you learned, and you will continue to do so because we all have too. Many gave me recommendations of books to read, to help me through the hardest thing I’ll ever do: parent. The very first one I chose was Scream Free Parenting.

In the past when I have read facebook posts about positive parenting I’ve rolled my eyes.

How can you parent without yelling or time outs? In the magic days before I had children I was the perfect mother. I knew I’d be stern when necessary, but kind. Be able to be carefree and let my children have space to grow.

Of course that all went out the window and I learned that the line between stern and crazy yelling mom is pretty thin when your patience has strained by a crying child and a life full of things that still need doing.

But Scream Free Parenting said some things that made a lot of what I was doing make sense.

Well when you respond to an email you stop and think about what you’re going to say, yes? But when you react, you just shoot it off. No thought of the aftermath, you are simply reacting.

For me, that usually meant over-reacting.

Like when my daughter colored on the walls I’d yell “NO ABSOLUTELY NOT, THAT’S BAD WHAT ARE YOU DOING!?!” and then put her into a time out with less than a gentle setting down.

Responsive parenting takes a pause, a breath, and then deals with the situation.

The words may still be stern but they are now much more like,

No absolutely not, we don’t color on walls we color on paper. Now you can help me clean it up with the magic eraser.

Because when I stop and think and breathe, I’m not so mad. I’m laughing at what a ridiculous tiny person I have on my hands.

The author of the book, Hal Runkel, is also a LMFT (a licensed marriage and family counselor). And while that was great to know, it was his opening that got me. He talked about his own experiences with being too rough, or too loud and scary with his kids. He admitted his own flaws. Here’s an excerpt from the book:

There I was bouncing my screaming baby in my arms for the third hour in a row, and I lost it. I stormed into her room and dropped her in her crib. Now she landed safely on a pillow but this was the roughest I had ever treated her. And the worst I have ever spoken to her. See as I dropped her I found myself screaming through gritted teeth: “Shuuuuuut the _____ uuuuuppppp!” We’re talking an obscenity-laden forehead-veins-popping outburst. I had allowed myself to become completely flooded with frustration, and I was unable to fully control my impulses, so I was there, cursing at my precious baby girl. It remains to this day, my lowest moment as a parent.

This spoke to me. This came from a place of deep regret, hurt and shame. And that was how I felt after I melted down in front of my child.

Yes of course his daughter and likely mine won’t ever remember those moments.

But if they don’t stop they become a pattern of parenting that I don’t want to follow. So I’m trying this thing called Scream Free or Gentle Parenting.

I admit (as Runkel does in the book) that not all of it is for me.

I’m not going to stop time outs and start calling them time ins. But I am changing how I do them. I may still yell, but I’m trying to have it be only when it really matters. Because as Runkel says, we aren’t raising children. We are raising adults, and to do that you have to act like one. 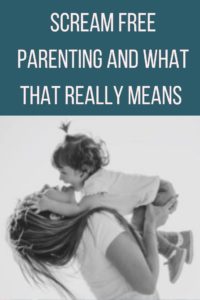 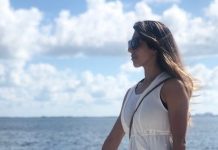 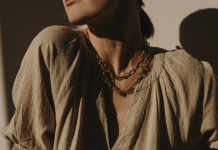 The Best Divorce Advice I Still Carry With Me 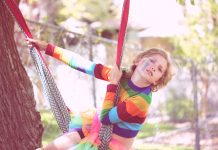 When Your Kid Comes Out As Trans/Non Binary

Hilary Feldstein Ratner - February 1, 2023
February? Don't you mean Fun-ruary? Ok, ok, that is an awful pun and I am incredibly sorry for subjecting to that. But the point...

The Best Soups in Orange County