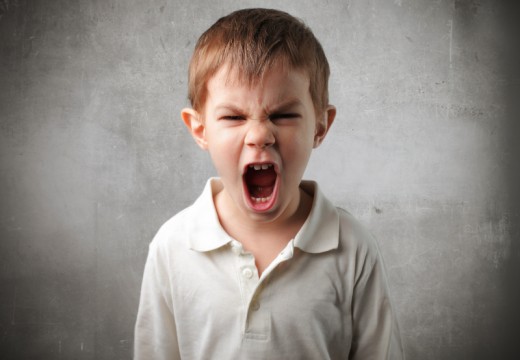 I don’t think I like age four. Three was worlds better than four, and I’m sincerely hoping that five offers a much-needed reprieve from the moody, behaviorally-challenged, fearsome fours. My son is a wonderful tiny human most of the time. However, if he doesn’t sleep/get enough play time/eats too much sugar/it’s Tuesday, he will become a defiant and overly-sensitive emotional person who loves to talk back and say no to basically anything that we ask.

Now, his behavior isn’t actually bad. He’s four and he does typical four-year-old stuff. He is a very kind and thoughtful kid and he has a great sense of humor. Most of the time he is a wonderful child. But after a whole day of defiance, loudness, and bouncing-off-the-wall behavior, we are tapped out of patience. Anything he does becomes triggering. We are trying to work on it though, and I’d like to share a few tips in case your kid looks like my little cherub and has similar “problem behaviors.”

First and foremost, prevention is the best medicine.

We know that if he doesn’t get enough sleep or if he isn’t given enough time each day to burn off energy, his problem behaviors go up. So, we try to stick to bedtimes as much as possible. Thanks to the wonders of Daylight Savings Time, we also implement strict naptimes to make up for lost sleep when 6 a.m. is the new 7 a.m.

Outside of that, we also try to get him some degree of physical activity. The weather sometimes doesn’t cooperate. But just running around in the yard (or even the living room) and being flexible helps. We also try to get him interacting with his friends as much as he can because then he’s distracted and we are not as sensitive to his behavior fluctuations. Of course, this doesn’t always work, so on to the next step.

Communication is often key when working with “problem behaviors.”

The trick is to communicate at a level that the child can understand. For us, we use reminders as to why we are asking certain behaviors of him. For example: when he doesn’t want to pick up his toys, we ask him why we are asking him to do this. He searches his brain and comes up with a rational reason. E.g. if the toys are all messed up, he can’t find the pieces he’s looking for and he gets frustrated. Or, if he is being really loud, we ask him why we use indoor voices. Then he talks about how his sister is sleeping and we don’t want him to wake her up.

Once he can understand that most rules are there for a reason, he tends to be a bit better about following them.

But we do get tired of having to explain them over and over. This strategy lasts about a day and a half and then it’s like the previous conversation never happened, so on to the next step.

Creative “punishment” is our last hope.

We don’t like to punish because we prefer reinforcing good behavior much more. (This is well-established in the literature on child psychology to be the most effective option for long-term effects). But, sometimes certain behaviors need to be dealt with to minimize them from occurring again. Yesterday, my husband and I suspected that sugar may be at least partially responsible for my son’s off-the-wall behavior over the weekend, so we tried to limit it. (Thanks Halloween candy for sabotaging us!). Nothing too drastic, just restricting candy to a well-earned dessert and not a 10 a.m. snack.

Well, while my husband and I were getting ourselves and our daughter ready to go, my son came in and asked if he could have M&Ms from the candy bucket he found. We said no, and reinforced the low sugar rule to help him not get in trouble by the resulting bad behavior it caused. He seemed sad but he agreed to the plan.

Later when we came downstairs to find the remains of an empty bag of M&Ms that we told him he couldn’t have (chocolate on his face gave it away). We asked him if he ate them, which would have one set of reactions, but he denied it. We asked him if he was lying, and he sheepishly admitted his offense. Then we explained why we made the rule and how lying and going against the rule counted as something quite serious. However, instead of our usual time out response, I dipped back into the bank of useless grad-school courses and came up with the idea of involving my son in picking his punishment that also involved a degree of behavioral correction.

We gave him two choices:

Either his consumption of sugar now would equate to no cookie-decorating later (to offset the increased sugar), or he could choose to eat a very healthy thing to offset the non-nutritive thing he just ate.

This created two positive outcomes: it allowed my son to have a say in what the consequences for his behavior were, and it counteracted the thing that he did which was problematic (consuming excess sugar). The lying component was addressed, but we didn’t want him to feel like he was being punished for ultimately telling the truth. So this was really more of a verbal warning rather than a full-fledged conversation about it. My son chose to consume something healthy, which in this case was the dreaded broccoli. He put up a dramatic show of disgust, but he eventually ate the few pieces of broccoli like a champ, and we commended his maturity in accepting his fate. It seemed to work well for him.

So, these are a set of options that may be something to consider if you are faced with a series of difficult months (or years) in your child’s behavior. I certainly don’t have all the answers and I definitely lose my mind on the regular, but when I actively make it a point to try some of these, they tend to work. Hopefully, you get good results too!