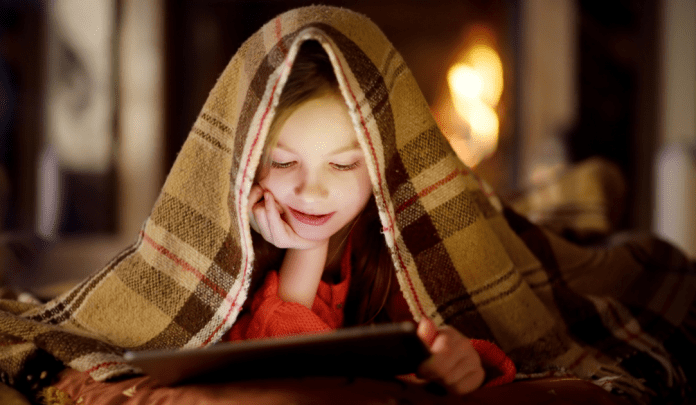 Netflix shows for kids that won’t make us want to pull out our hair is definitely something to talk about! While we have plenty of lists of shows for ourselves, it helps to have a few shows that we can watch WITH our kids.  There are plenty of shows out there that I refuse to watch with my kids, but they often want me to be with them – so I had to come up with something!

This Netflix show is absolutely delightful.  Each episode the group of friends is in charge of solving a mystery.  Not going to lie – their accents make everything even more lovely to watch.  And yes, I’ve seen every episode. If you love this you’ll also love Little Lunch – but that’s on Amazon Prime and this is a Netflix list…so ya know.

I love everything Jurassic Park/World, so when I saw this show I was okay kids – we’ve got a new show to watch!  And best part they like it too!

My kids love superhero/mystery shows and this one is actually pretty good.  Of course, it’s a bit corny, but what Netflix show for kids isn’t?

Yes, this is a take on Baywatch, but I totally enjoyed watching it with my kids!  There are also two movies so you can continue with the binge-watching 😉

Bear Grylls is at it again, and this time the show is aimed at a younger audience, but the situations are very similar to his more adult-themed shows.  My kids love to figure out what he will choose to do and it’s actually very interesting! Netflix shows for kids that include real life are always a great watch.

The New Legends of Monkey

This show is for a little bit older of a child, but if your child loves sci-fi/Fantasy this show is for them! Also, it has some humor that you will love and it’s action-packed.

The Last Kids On Earth

The whole premise of this show is that alien monsters come and take out everyone on Earth except for a small group of kids who have to band together.  Of course some of them were enemies before the disaster and now they must work together.  As far as Netflix shows for kids goes – I like this one!

A Series of Unfortunate Events

this show is based off of the series which does actually have a movie attached, but Neil Patrick Harris totally steals the series and it is really fun to watch!

This is a 3 part series and I have to say I enjoy the humor.  Your kids will love the action. Netflix shows for kids should always include some humor for the parents, right?!

If you were a fan of the movie series, you’re going to like the animated series.  It doesn’t have The Rock in it, but it’s still pretty good.

And I have to add one movie that I think is SO underrated – Mr. Peabody + Sherman.  Seriously, it’s such a good movie that I actually ask my kids if they want to watch it almost every Friday night movie night because it is so cute!

So, there you have our top 10 Netflix shows for kids, I hope that you can watch them without running out of the room screaming!