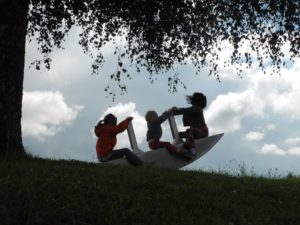 Have you heard? Three is the new two.

I blame Kate Middleton for making having three kids look easy. I’m sure it’s not, but she can do it in heels, so how bad can it be?

I know, I laughed at myself too.

For those who might not know, my husband and I recently decided to upend our perfect balance of one boy and one girl and throw a tiebreaker child into the mix.

I mentally prepared for this for months, and I did everything “right.” I changed my diet, I saved money, I restructured my work situation to allow for less in-office time and more eventual baby time, and I used Pinterest to find the cutest nursery pictures. I was ready.

And the second after we went for it and I entered into the “two week wait” limbo, I immediately regretted my decision.

What the heck was I thinking? I can barely handle the two I have and now I’m voluntarily signing up to never sleep again AND be outnumbered?! My husband looked at me with a smirk that said, “I told you so,” but there was no going back now.

I remember peeing on many a stick at 10, 11, and 12 days past ovulation and being somewhat relieved seeing only one line. On the day of my sister’s wedding in October, I woke up at 4 a.m. to pee and thought, why waste it? I sat there in the dark and turned on the light after about 2-3 minutes and there it was.

That second line, clear as day.

I believe my first words were “holy %^&$.” I was not mentally prepared for this. I couldn’t process the information right away, and my husband didn’t even hear about it until about three hours later. He responded like he does with all of our pregnancies—with a smile of accomplishment in his own male virility. It took me a few days to warm up to the idea, and it was oh so fun to drink fake alcohol at my sister’s wedding when literally all my family members were in attendance and would notice if anything was amiss.

But the reality of the situation grew on me and I started to get excited.

I started mentally planning, and I even did a blood draw gender test to get as prepared as possible. When I got the results in my email, I gathered the family around to read it.

My son was ecstatic to learn that the baby was a boy, and my daughter was somewhat sad, but she’s two so I don’t think she fully gets what is happening.

I was pumped because I love the idea of my little princess being my only little princess, and boys are pretty fun. My husband was a little disappointed though, and he makes jokes every now and again for trying for another girl later (I hit him when he talks crazy like this).

But life with a third pregnancy is fundamentally different than with previous babies.

For one, there are so many demands for attention and time already that it’s hard to focus on baby. There are days that go by where I literally forget that I’m pregnant. Sometimes this is lovely, but other times this bites me in the rear because I’m way further behind on some things than I’d like to be.

I’m currently rocking a six-month belly and I have done nothing to welcome this baby.

Nothing has been purchased (he’ll get hand-me-downs on many things), and we are just barely conceptualizing a space for him (sorry play room, you’ve got to go). At least he has a name….

My current emotional state is part excitement at having a new squishy baby and part exhaustion at the idea of caring for and juggling three kids.

Keep in mind that I also have my own therapy practice which is growing and is like a separate child unto itself. And of course my husband—possibly motivated by the financial impact of three kids—has taken on a promotion which means we can probably pay for daycare for another kid. But it also means that he’s gone more and I’m primary parent a lot more than I intended. And this pattern will probably play out for the foreseeable future.

I don’t know what that future will really look like right now, and I can only hope I will figure it out as I go.

Fortunately, I’m not the only one in my circle of friends walking down this road, so I have a few ladies I can commiserate with. I’ll update again once Little Man gets here to see if I’m still standing. Stay tuned! 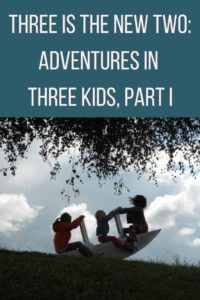 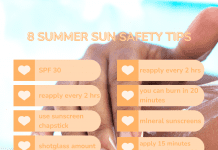