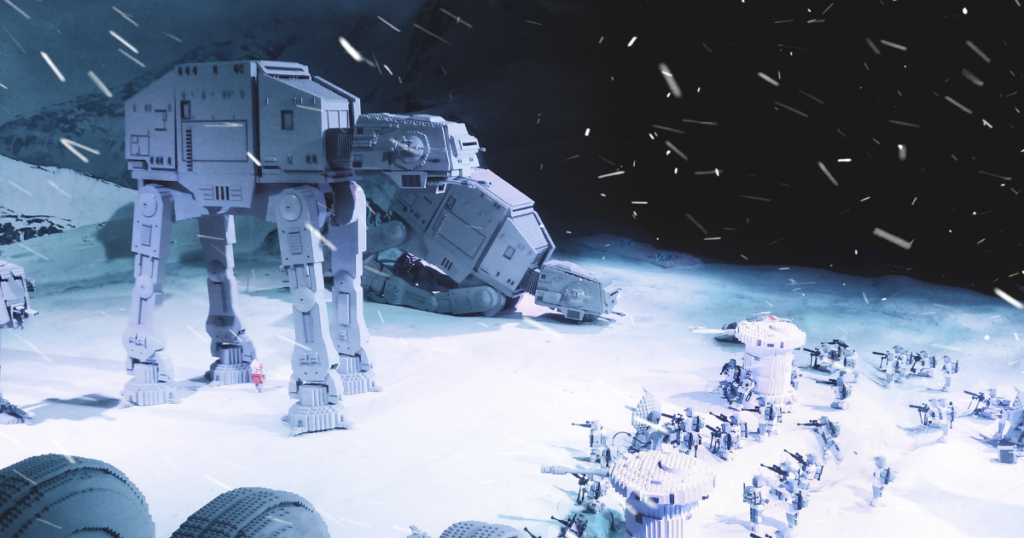 Star Wars: Galaxy’s Edge is about to open at Disneyland! As someone who has loved STAR WARS from a very early age – I couldn’t be more thrilled to see this fantasy land come to life.

And so – if you’ve never seen STAR WARS, or if you just need to brush up on your STAR WARS trivia before arriving at the Disneyland Resort – this STAR WARS 101 primer is just for you!

For this post, we are going to keep things super simple – with just the STAR WARS basics!

WARNING: These Are the **Spoilers** You’re Looking For….

Luke Skywalker – He is the through-line protagonist in most of the STAR WARS movies. You’ve probably heard of him – or at least said his name into a fan on a hot summer day…. (“Luke, I am your father!”)

Princess Leia (Skywalker) – She’s Luke’s twin sister and she’s a force to be reckoned with.

Han Solo – Quite possibly the best bad-boy-with-a-good-heart character ever to be created.

Chewbacca – Looks like if you crossed a human with a dog, and is Han’s faithful co-pilot.

Yoda – He is a Jedi master and also the one who says his sentences backward.

C-3PO – The golden human-shaped droid that befriends Luke along with…(see next character).

R2-D2 – The blue and white droid that kinda looks like a moving trash can but is also kind of adorable.

Darth Vader –  This is the man in the big black mask who runs The Empire (The bad guys).

How It All Started

In a galaxy far far away…. That is how the STAR WARS movies begin – with the yellow lettering scrolling up the screen and John Williams’ iconic musical score. And yes, that is a big STAR WARS thing to know! So, in this galaxy, there once was a queen who fell in love with a Jedi.

And what is a Jedi?

A Jedi is a member of The Resistance who can use The Force.  (There’s more but let’s keep it at that.)

The queen and the Jedi had twins (Luke & Leia).

NOTE: This part is covered in the first three movies of the series, called Episodes 1-3. This trio of STAR WARS films are generally regarded as the weakest in the series and ironically were made after Episodes 4-6, which were the first STAR WARS movies released back in the 1970s/80s.

Luke Skywalker is learning how to become a Jedi with the help of the Jedi master Yoda. Luke doesn’t know that he has a sister. The Empire, now run by Darth Vader, has captured Princess Leia and is trying to destroy the rebellion (the good guys).

Enter Han Solo. He’s the captain of the Millenium Falcon spaceship and has teamed up with Luke Skywalker to rescue the Princess and save the galaxy.

Luke discovers that Leia is his sister. Han and Leia kiss. AND Luke and Leia find out that Darth Vader is actually their father.  So. Many. Plot. Twists!

All things seem super chill in the galaxy, but then fast forward about 30 years and boom – the galaxy is once again under siege. We’re now in Episodes 7-9 of the STAR WARS movie series.

Poe – He’s a TIE fighter pilot working with the rebellion.

BB-8 – He’s the adorable droid robot that everyone is after because he holds the map leading to Luke Skywalker, who has disappeared from existence (or so everyone thinks).

So basically the new wave of films delves into how Rey, Finn, Poe, and The Rebellion are going to take on Kylo-Ren and his crazy bad guys. The last movie in this set, STAR WARS: THE RISE OF SKYWALKER (aka Episode 9), is scheduled to be released later this year and we cannot wait!

Kylo-Ren is the love child of Princess Leia and Han Solo! AND he was trained to be a Jedi by none other than Luke Skywalker.

Of course, things went south with Skywalker and that’s why he went to the dark side.

And that is the super quick STAR WARS 101!

So go forth and enjoy Star Wars: Galaxy’s Edge at the Disneyland Resort, and drop some STAR WARS 101 knowledge on your fellow friends. 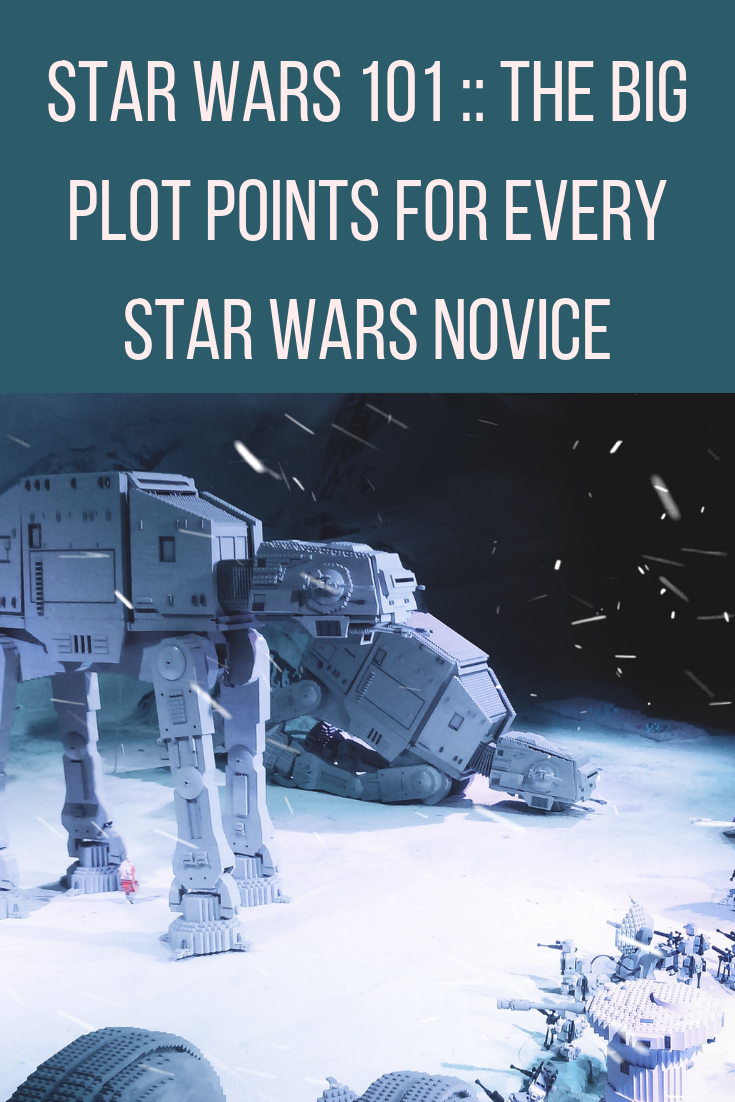