When my now husband and I were in the phase of moving from boyfriend and girlfriend to becoming a permanent couple, we started discussing the possibility of adding a dog to the mix.

Though we weren’t engaged yet, we decided to go and “look” at a type of dog we had been eyeing for awhile. Off we went to the local pet store. The sales associate brought out this tiny fur ball with a cold nose and placed him in my arms to hold. I looked at him, looked up at my now husband, and — without ever looking away from me — muttered the words “we’ll take him” to the store attendant.

That tiny Shiba Inu dog was mine.

Ping. Named after the golf clubs. He represented us as a couple and our commitment to be together. He represented what we wanted for our future: love, fun and some work mixed in the middle.

As a puppy, Ping was the cutest, softest, most adorable 4 lb. ball of fur ever.

Born in the midst of the dog-toting-Paris Hilton era, Ping became my side kick. Though too big to fit into a purse, he did go with me everywhere. Walks, parks, friend’s houses, even outdoor shopping trips. We even got a girl Shiba Inu to keep him company because we didn’t want him to be bored while we were at work.

Despite our intense efforts to constantly socialize Ping, I knew he was going to be difficult around kids. Kismet (our girl dog) would always hide and was very easy-going at all times, so we didn’t worry about her, but Ping increasingly showed apprehension around small creatures.

I was adamant that Ping would love our children when we were ready to have them, and that we would not ignore our dog just because we had kids.

I volunteered at the local animal shelter so I could learn more about how dogs work (and because I wanted to help dogs in need).

It felt like I had done all my homework of introducing Ping to a baby. I learned about bringing home baby blankets from the hospital, introducing the dog on neutral ground, and making sure the dogs were not allowed on the couch.

None of that mattered when it came to go-time. As soon as we brought our son through the door, it was like Ping instinctively knew he became the lowest member of our little wolf pack. From that point on, he fought hard for my attention, and in the wrong way.

He became destructive. He tore apart countless sheets and bedspreads, Ugg slippers, papers left unattended, and many other things around the house.

We attempted to give him the love and attention he deserved. But with a sick child that needed a ton of medical care, he just had to take the back burner for a number of years.

It wasn’t until summer three years ago when I realized just how much he meant to me as a family member.

We tried to re-home Ping the week of 4th of July. The new family loved him and was excited to have him. But Ping, spooked by fireworks, jumped through two sets of windows and ended up running down a major street where a couple cornered him with their car and captured him.

When they called the number on the back of the ID tag, we happened to be driving by the area on our way home from an out-of-town celebration.

We picked him up, and I was so happy to have him back in my arms.

From that point forward he has barely left my side. He is still a pain, still intolerant of the kids when they get rowdy, and still tears stuff up. But he is mine.

He and the kids seem to have come to some sort of agreement with his old age. They leave him alone and he lets them snuggle with me without trying to get in the way. It’s the best that I can hope for with Ping.

Now 12, which is 84 in dog years, he limps with arthritis, sleeps his days away and shakes uncontrollably on the way to the groomers. He howls to the accordion, yaps at the kids if they’re jumping into the pool and moans for his daily treats. But I wouldn’t trade it for the world.

I feel grateful for all the years I get with our dogs, and look peacefully to the impending future that many of my friends have recently faced. We know the end might come soon or in a few years, but we have experienced love unconditionally from our dogs.

I can wholeheartedly say that I agree with Roger Caras:

“Dogs are not our whole lives, but they make our lives whole.” 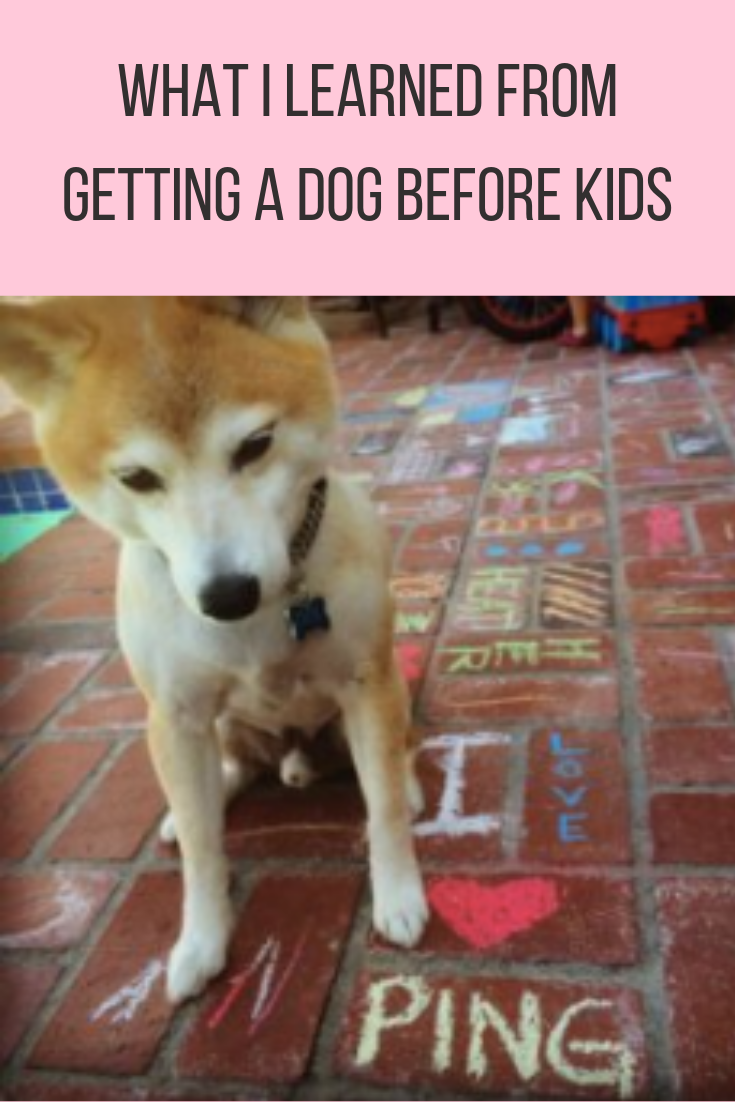