I am a divorced mom of two.  I honestly never thought that I would be here.  But here I am.  Divorced.

When I was first separated I realized how much I relied on my Ex for a lot of the “house stuff”.  Whether it was changing a light bulb or mowing the lawn – I had never really had to do any of that on my own.  And because we were trying REALLY hard to be good co-parents my Ex helped even after he moved out.

But of course, all good intentions don’t always come to fruition. 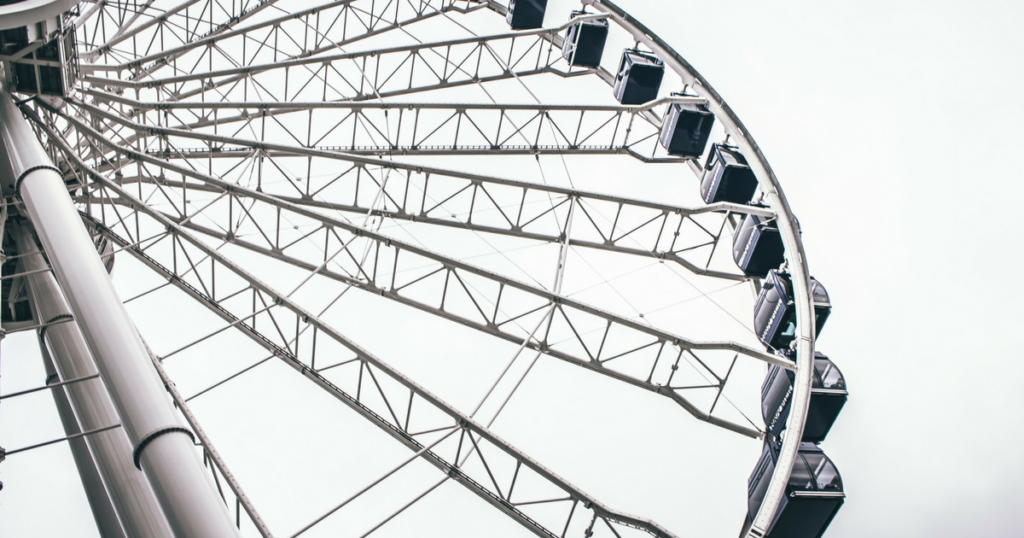 To be honest I’ve come a long way since I was first delivered divorce papers.  I’ve come to realize that I can do a lot of things.  A. LOT.  And even if those things aren’t perfect, I can still do them.

Except when it comes to cars.

I just have no idea when it comes to cars.  Being divorced was crap, but being divorced AND having to figure out cars was super crap.

My Ex always took care of the car stuff.  He could probably build a car from tree roots and mud if need be so there was no point for me to get involved.

But then my car battery died.  And I HAD to make a decision.

I could either stand in my driveway in the awful heat and wait an hour for the mobile car service to come jump my car battery, call my Ex {and we were far from being cordial at this point}, or FIGURE IT OUT MYSELF.

I chose to figure it out myself.  And to me, that was facing my fears.  It may seem trivial but I was legit scared to use jumper cables.

So, I called my friend who lived down the street and had her come over to help.  Thankfully, there is YouTube.  I’m not sure how people survived BEFORE YouTube.  I felt like there should be some sort of YouTube channel for divorced moms – like This is How You Do Everything Your Ex Did.

A very pleasant young man explained how to jump my car battery.  Despite my fears of being blown up {and yes I did jump back after placing the jumper cables on each bolt} I got all the cables in place.

And just like that my car was running again.

I felt like it was another notch in my You’re Divorced But You Can Do This Belt.

Getting my hood to close wasn’t as easy, but after several tries and a quick owner’s manual search, I was able to get everything back in place.

Whether you’re divorced or not, you’ve got this moms.  Here’s to jumping car batteries and killing it.