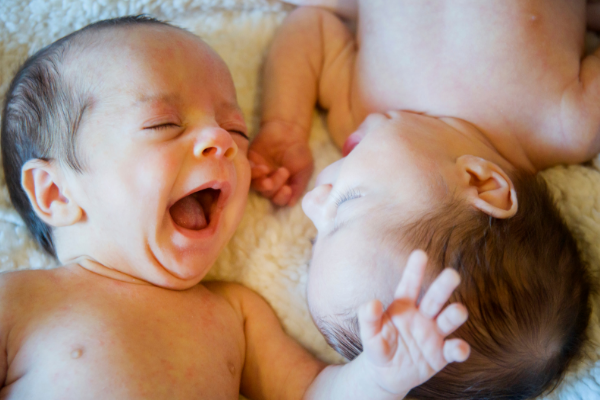 Should we do it?

My husband and I thought it would be a *stellar* idea to have our second child right away. After all, why would we think otherwise? As ridiculous sounding as this may be, our first child was perfect–easy in fact. We weren’t getting any younger. Also, diaper duty would (potentially) be shortened by not waiting. Basically, we went for it… and oh boy did it happen.

What occurred during the first month of my second pregnancy was more than a surprise, it was a total game-changer.

Shortly after we received this blissful news I started having heavy spotting. Naturally, I saw my OB and was referred for an ultrasound at an outpatient facility an hour later. The ultrasound tech performed the scan–no biggie. At the conclusion, the tech turned on the lights and looked me straight in the eyes and said, “Now, there’s not much I can tell you, but I thought you should know there are two yolk sacs present. Meaning, there’s a slight chance you may be delivering twins in the future.”

I am trying to comprehend the possibility of having twins in addition to a toddler! She realized my astonishment/fear/anxiety regarding this bombshell and said, “Y’know, it’s super early.  Most women don’t have an ultrasound this early in the game. There’s a possibility of just having one baby it’s a fairly normal occurrence.”

That, no joke, was my husband’s first response. Next, was a litany of panic in rapid succession, “Are you sure?! Twins?!… How accurate is this? How long until we find out? Seriously?! We CANNOT have twins!!! What are we going to do? No. No. This isn’t happening. Wait, you said there may end up being only one… what are the chances of that? Oh, right. You said there isn’t an accurate percentage. How long again?…” This continued for the remainder of the evening. 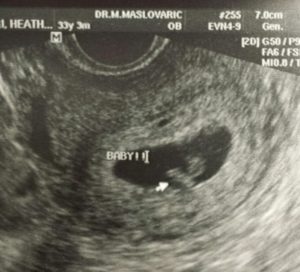 Roughly a week later, I was scanned by my OB’s in-office ultrasound technician. She performed the ultrasound and at the conclusion she reported, “The baby looks great.” She immediately senses how dumbfounded I am by this news and asks if I am okay. I then explain to her what the outpatient technician had reported to me. She immediately picked up the wand and began rescanning my abdomen. She nudged, poked and repositioned me for at least another 10 minutes in an attempt to record every angle imaginable. Alas, she completed her reassessment. “Well, I’m not sure whether this is good or bad news, but there’s only one fetus,” she delicately reports.

Surprise! From Two to One

Needless to say, my husband was thrilled. Ecstatic. Overjoyed. Relieved beyond comprehension. “We dodged a bullet,” he said.

Two weeks later, I have another ultrasound with the same technician at my OB’s office. We greet each other. We chat about her husband’s dental practice. All is good–she’s scanning away. Suddenly, her face drops and she’s expressionless. She’s no longer scanning. She looks at me with a look that can only be described as half fear, half shame and says to me completely bewildered, “You’re gonna kill me…” Awkward silence. “…there are two…” she trails off.

No-No. I’m not going to kill you. My husband is! So, that’s how we found out we were, indeed, having twins. 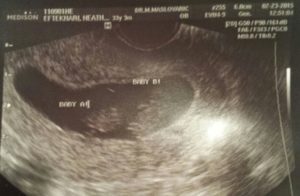 My poor husband. He was awaiting my phone call to hear how the “baby” was progressing. I phoned him from the parking lot and asked whether or not he was sitting down. He said he was. I asked again, just to be certain, whether he was sitting down. He became annoyed and concerned at the same time, snapping, “What is going on? Is everything okay?” All I could say was, “Well, sort of…”

“What does that mean?” he asked. “…Ummm… we’re having twins,” I proclaimed. SILENCE. More silence. The most excruciatingly awkward silence you could possibly imagine for what felt like an eternity. Which, in reality, was probably no more than ten seconds.

The silence is finally broken by a curt, “I gotta go,” from my husband. Apparently, he looked so ill at that moment, his boss rushed over to see if he was alright. He explained what had just happened and left work. A surprise? Try more of a bombshell; there was no way he could work. Then, from his parked car, roughly 20 minutes later, he shoots off a series of texts to me that, well, can’t exactly be published on this blog. I can, however, tell you that they were the epitome of panic. Fear. Anxiety. Utter bewilderment.

In the end, it truly took my husband until the moment our twins were born to finally wrap his head around it and accept what has become our new, crazy, love-filled life. I don’t blame him. It’s a lot to take on. Everyone deals with these sorts of things differently. Yet, despite all of his anxieties leading up to the arrival of our twins, he couldn’t be more in love with those boys.

Our twins, without a doubt, have completed our family. 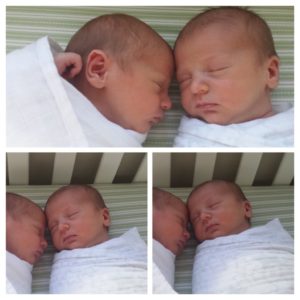 It’s exhausting and diaper-filled. Even more so, it’s rewarding and amazing. Yes, the timing was less-than-optimal and it was truly a shock, but I can’t imagine it any other way.

Have any of you had any unexpected surprises during your pregnancy? 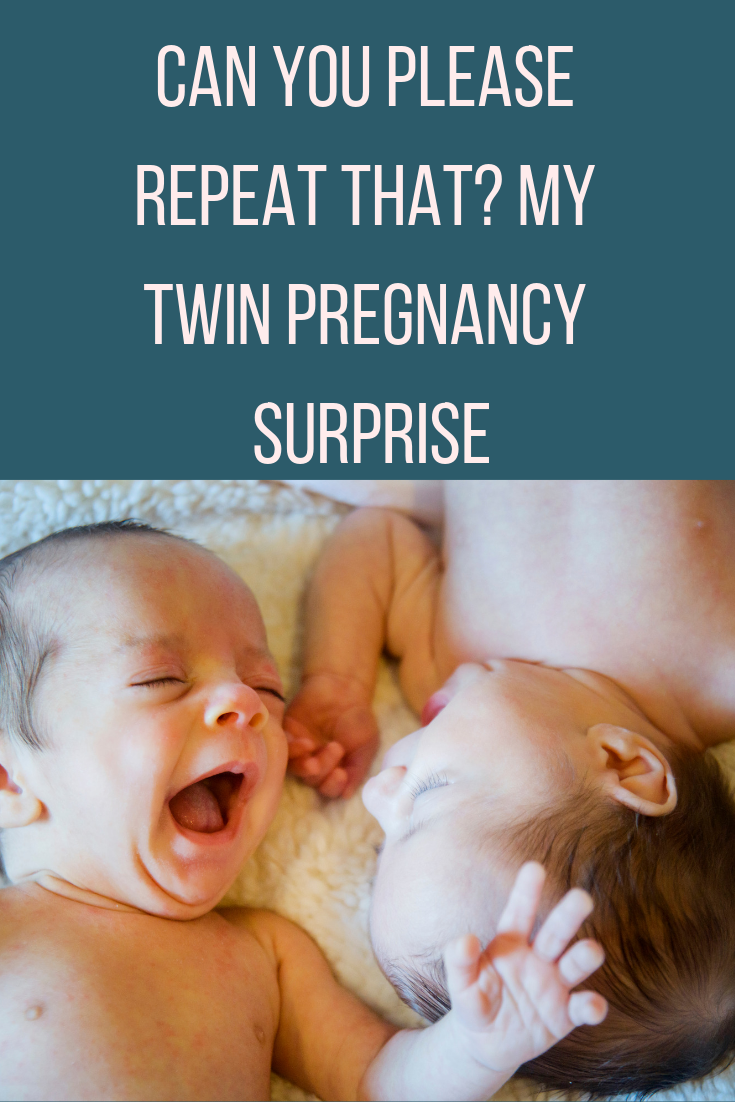