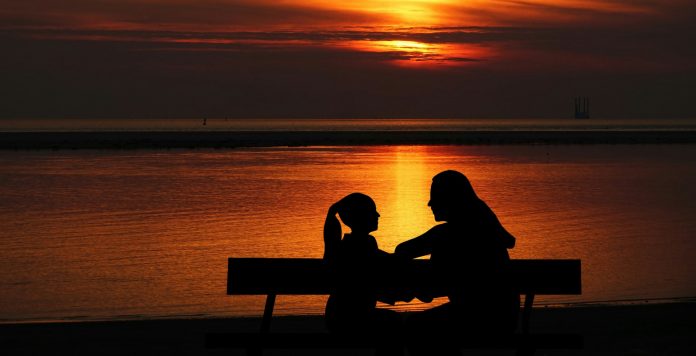 There has been a lot of ugly in the world lately. And I know, if you have a fantastic memory, this sounds familiar coming from me. I wrote a similar post in 2018 about talking to your kids and yourself about violence. First, I promise this post is different and second, right now the ugly is close to home and needs to be talked about again.

Signs with these words, a website, and mention of a reward hang on most overpasses in North/Central Orange County right now.

Ugly came a few weeks ago just miles from my home. A mild incident of road rage is what some news outlets have referred to it as. I would say it sounded like a pretty typical interaction on Southern California freeways, but with an uncommon, unthinkable reaction. Someone (reported to be a passenger) in a white SUV on the 55 freeway pulled a gun and shot at another car that “upset” them and killed a 6-year-old boy named Aiden who was sitting in his booster seat in the victim’s car.

How many times have I honked, yelled, gestured at another car while driving. Never once did I imagine the danger that could happen. The idea that this kind of action could make someone react by using a deadly weapon is soul crushing.

For many days, no one had been caught or came forward. The ugliness was hanging there with an unknown face and unknown resolution.

Every time I saw one of the “Who Shot Aiden?” signs I was filled with a mix of emotion.

I felt the heaviness and compassion for his grieving family and friends. But I also felt pride in the way this community is coming together with Go Fund Me’s and fundraisers not just for the family but for a reward for justice as well. It was in part due to our community’s effort that the police recently made a break in Aiden’s case and arrested two suspects they believe to have been the shooter and the driver of the white car.

But when I saw the signs, I also felt a little worried for the innocence of our community and the children that are seeing those signs.

I can no longer hide the ugly in the world.

And then today it happened. While driving my new Kindergarten Grad to summer camp.

Mama, have you noticed the same sign on all the freeway bridges?

yes, baby, I have noticed.

Luckily, in the moment he was satisfied with that. My mind went into overdrive planning my script in my head, sure he had read at least “who” and “shot.” I was a little relieved I had more time to prepare.

However, this moment reminded me that countless other parents in my community have kids old enough and observant enough to read the signs and ask. They are old enough to have social media and read about it. They have friends talking about it at school. Or hear it mentioned in sermons and other gatherings.

So with my background working in grief counseling, I felt a post coming on.

Yup, that’s the clinical word for it. It sucks that we can’t shield our babies from ugly in the world. That as their life grows and gets bigger it chips away at their innocence.

But it is also beautiful. It is beautiful because as parents we have an opportunity to be a part of this developmental change in real time, to cultivate and nurture it, and teach our children a valuable lesson.

For me, the script I started to write in that moment sounded something like this:

Something very unusual, tragic, and sad happened. Someone made a very very bad choice. they used a gun in anger and a little boy was shot.

This is where I would first pause to let him process and ask questions.

I made a point to emphasize the rarity so his thoughts hopefully won’t go to this could happen to me. My son would undoubtedly ask if his name was Aiden and if he died. (I am, after all, a grief counselor and he has also experienced death in the family.) My answer would be simply “yes” to both.

Honesty, brevity, age appropriate – real words that can’t be interpreted in other ways, are key.

I would then say:

Sometimes, injuries are so very bad (especially when they come from weapons like guns) that even the best doctors and medicines can’t make them better.

This is where it might start to get scary for a child (heck, it’s scary for me) so I would begin to talk about the positives.

But you know what makes me feel better about this sad story? All the signs on the bridges.

Because it reminds me that almost everyone in our community is good. people are coming together to help and do the right thing. Most people want to do the right thing and keep each other well and safe. In this story there is one person that made a really bad choice and a lot of people making good ones.

Notice I didn’t say “and find the bad guy.” I thought about it and then realized it could open the door for him to worry if that bad guy/girl would come for him. If he had asked about it I would have answered but this is why brevity is important and just the facts. I want the information to be in his time on his level and not too much for him.

If he had asked I would have assured him this was a very rare thing and hopefully the person feels bad. I would remind him that he is safe and then take the opportunity to talk about the lesson.

Most people try to make good choices. This is why mommy and daddy are always trying to teach you that. This is why we talk about not using our body in anger but taking breaths and using our words. That person used a weapon in anger without thinking and talking it out. This is also why we look out for our friends and family and comfort them when they need it. So that we all can feel and be safe.

There is always going to be ugly in the world.

Remember when one man created so much tragedy at the Route 91 concert in Las Vegas in 2017? One man. But then we also remember the thousands that stood in line to donate blood. The first responders that came from all around. The counselors, the doctors, the nurses, and the neighbors that lit candles and laid flowers.

The ugly are the outliers. The extremist fringe are minorities. They are just loud and impactful. So let us – the majority, the good, the peace seekers – be louder.

May we all find peace and comfort in these difficult talks with our children.

May we find solace in the knowledge that we have the power to create good humans for the next generation.

May Aiden’s family and friends find comfort in that. 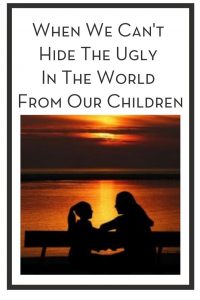 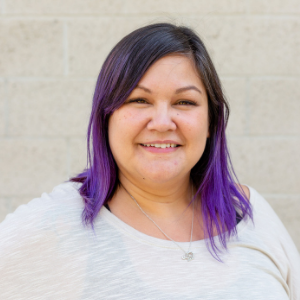 In Memory Of Joanne Martinez 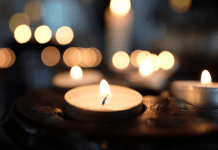 When Tragedy Strikes Too Close To Home 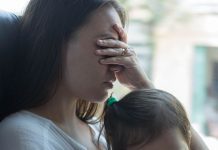 To The Moms Who Experienced Sorrow On Mother’s Day