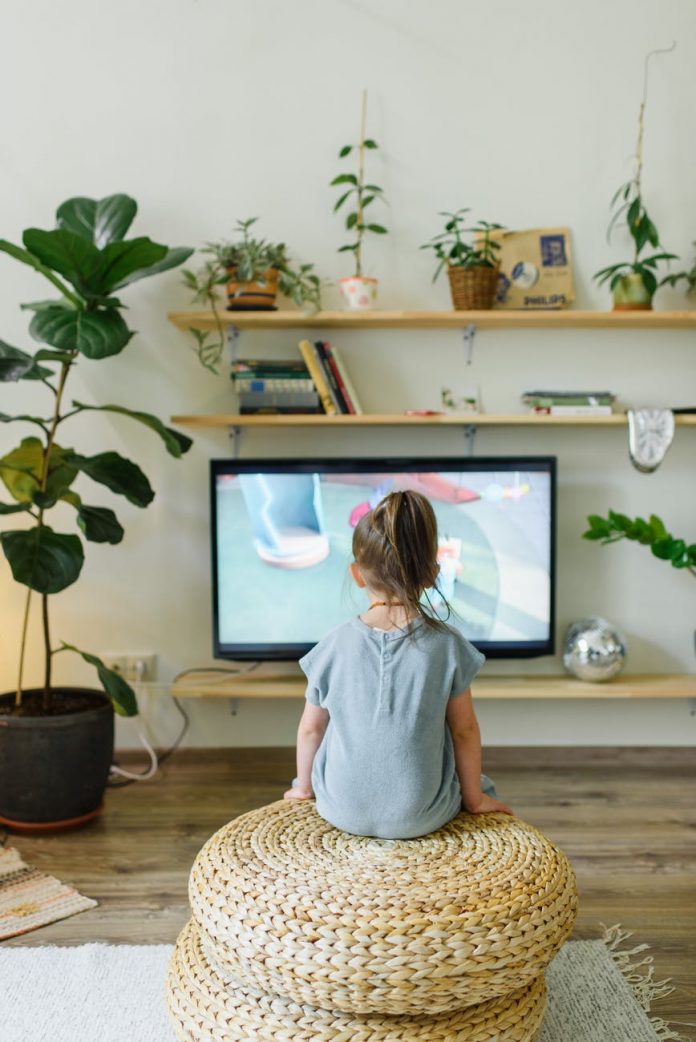 Last weekend we hit a wall. A wall of screens. I had seen my daughter’s behavior unraveling. Day by day it was worse. She was cranky, unwilling to play independently, clingy, and super freaking protective of her screen time.

You see, early in quarantine I decided I was giving myself grace. It was needed. I was 9 months pregnant and in a full quarantine. My kid wasn’t in school all of the sudden. I let her have as much screen time and TV as she wanted. It wasn’t all day.

It started small. Ya know, just in the morning so my husband could eat and get ready in peace while I was still asleep. He has always done our early mornings. I do night duty, and with me being pregnant I needed to sleep in more often. Oh and of course in the afternoon when we ran out of stuff to do, a little TV time.

Maybe some Daniel Tiger to work through the emotions. I mean, what is better than, “if something feels bad, turn it around and find something good!” for a pandemic?

But then it was also once I was up and around bc I wanted to eat in peace too. I deserve to drink a cup of coffee without being too bothered don’t I? Then, before bed to calm down after a long day of constant parenting. We all need to unwind.

I kept rationalizing the increase in screen time.

I grew up with unlimited screen time after all! In the 90’s no one really cared. I went home by myself after school and watched TV until my parents were off work. #latchkeykidlife

Soon I realized screen time was basically all day.

This got worse when baby number two showed up and I said, “I deserve grace, so does my kid for her behavior.” She was adjusting to a new sibling, and I was trying to parent two small kids at home all day long with my husband working on his computer in the living room. Grace, grace, grace.

“I deserve grace. So does my kid for her behavior.”

But it got worse. We had been reserving her iPad for potty time because she had issues with staying in the bathroom long enough to finish the job. So, daily, she got about 10 minutes on the iPad.
Then she somehow needed to take longer to go…until she was lying to get her iPad. She would say she had to go, and then just be in there with the pad watching FROZEN 2. She also was refusing to listen when we asked her to clean up, ignoring us while we talked to her, and she zoned into the screen. Meltdowns (from both her and myself) were at an all time high. Something had to give.

I mean if more TV and more grace wasn’t working, then why continue down this path? Some say the definition of insanity is doing the same thing over and over expecting a different result. Well I did feel like I was losing it. So we decided to pull back majorly.

Day 1 without any screen time was hardest.

We went zero screens. Longest day ever. She was super pissed. Constantly whining for it for most of the day, but by dinner it was clear to her I wasn’t going to break.

However, literally the next day I was starting a new job where I’d be on a screen more, so I knew this wouldn’t work long term. Two work-at-home parents. We need some back up. Also it was freaking exhausting. No breaks. Mama needs some TV. I know other parents who go cold turkey for longer, but not for us.

“Meltdowns (from both her and myself) were at an all time high. Something had to give.”

Which means now she has to eat and brush teeth and gets one show. Then it’s off. Same in the afternoon: she has to earn it, clean up, do something I asked of her that she doesn’t feel like doing. She didn’t love it but she seemed to understand the idea. Getting her to cooperate was getting easier.

Day 3 she had accepted this as the new normal in our house.

Now we are a few weeks into this and under 2 hours a day of screen time. Something I personally thought was a ridiculous recommendation since most movies are almost 2 hours.
BUT I WAS WRONG. I was super wrong. It may not work for everyone. And it takes active parenting that not everyone can do while working. But it’s been a game changer.
To be clear we still love TV. We are watching FROZEN right now. But it will be off for the day after that except if she earns it. 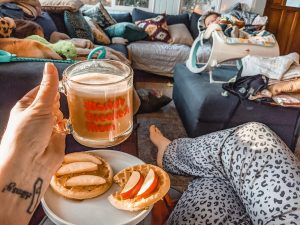 Now our mornings are more peaceful.

She doesn’t fight us about simple tasks. This cup of coffee doesn’t need a screen to get drank. Who knew?! (The AAP screen time recommendations. I GET IT NOW FOLKS, DOCTORS KNOW THINGS OKAY). This photo above was taken with nothing entertaining them but their own thoughts and space.

So have you tried limiting screen time for behavior? How far do you think grace should be given before you make a change? 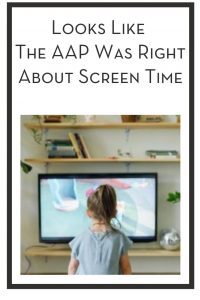 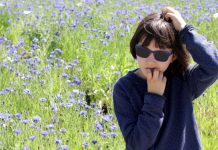 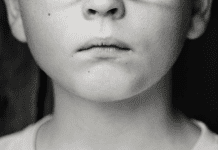 When You Find Out Your Child Is Human 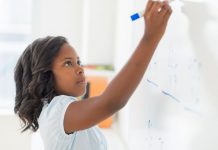 We Need More Problem Solvers In The World

Everything You Need To Know About Going To An Angels Game...

An OC Mom’s Guide To Splash Pads In Orange County