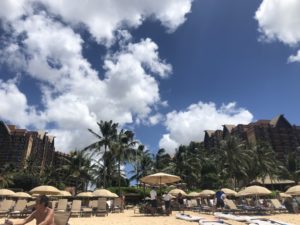 Living so close to the Disneyland Resort here in Southern California, it’s easy to fall in love with Disney. I was a fan of Disney resorts before I moved out here, having visited Walt Disney World on family vacations as a child growing up on the east coast. But being able to have an Annual Passport to Disneyland and Disney California Adventure theme parks in Anaheim definitely ratcheted up my affinity for Disney a notch or two.

Recently, my husband and I celebrated our 10th wedding anniversary at the Aulani, a Disney resort and spa in Hawaii. Though it’s not connected to a theme park, it’s a Disney property. I consider it one of the best Disney resorts in the world!

If you haven’t had a chance to visit Aulani yet, or this is the first time you’re hearing about it, here are 5 reasons why you’ll love Aulani if you love Disney and live in Southern California:

#1 – Aulani has all the charm of a Disney resort, plus tropical Hawaiian island vibes

When the Disney Imagineers designed Aulani, they really went above and beyond in the theming of the resort. Everywhere you look, there are details that are meant to invoke the traditions and history of Hawaiian culture. Aulani was also the first resort in Hawaii to receive the LEED Silver certification for its sustainability features. I posted to my Instagram with some eco-friendly details of this resort here:

Hurricane Lane thankfully proved less destructive than predicted and blew through Hawaii quickly. So here we are, spending our 10th wedding anniversary at the beautiful @disneyaulani resort in Oahu. Walking into the Maka’ala main lobby and seeing this soaring atrium in the shape of a traditional Hawaiian canoe house took our breath away! . The Disney Imagineers worked hard in designing the Aulani to embody the Hawaiian concept of “mālama āina” which means “care of the land.” . This resort was the first in Hawaii to ever receive a LEED Silver certification. In this lobby atrium you can see some of its many eco-friendly building features: certified wood that was sustainably sourced, low and zero VOC paints/sealants/adhesives, and “cool roof” technology. . The Aulani is the perfect meld of two of my favorite things: eco-friendly living and Disney! So I’ll be posting all this week (poolside, naturally) about how this beautiful corner of paradise is both eco-friendly and family-friendly too ??♻️ . . . #disneypartner #ad #disneysmmc #disneymom #ecoblogger #ecofriendlymama #disneyresort #aulani #aulanidisneyresort #disneyaulani #visitoahu #aulanidisneyresortandspa #disneyblogger #disneymphopeful #disneyvacationclub #dvc #dvcmember #travelblogger #travelstagram__ #blogwithheart #hawaiitag #momblog #mommyblog #mommyblogger #momblogger #tinyglobetrotter #tinyglobetrotters #ecotravel #sustainabledesign #ecoinfluencers

In addition to being a beautiful and environmentally-aware resort, Aulani has all the thoughtful touches that Disney resorts are known for. For instance, this “hidden Mickey” towel display welcomed us to our room upon check in: 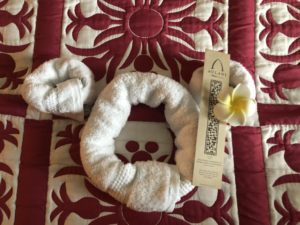 Every Aulani employee (or “Cast Member” as they’re called in Disney parlance) we encountered was friendly and kind. The whole resort just exudes happiness, in a laid-back island way.

While Aulani doesn’t have rollercoaster rides and daily parades, it does has an AWESOME water park area called Waikolohe Valley. Here you’ll find a massive splash pad with two waterslides for younger children called Menehune Bridge, two thrilling waterslides for older kids and adults, a meandering lazy river with fun water features, several pools and hot tubs, a massive snorkeling tank (for an additional fee), and a splash zone for toddlers. There’s also the beach at Ko Olina Lagoon which is netted to keep out large sea life (read: sharks). As an Aulani resort guest, you can check out boogie boards and sand toys to use here for free!

In addition to all the fun water play, there’s the Pau Hana Room – Community Hall, where guests can take arts and crafts classes, borrow DVD movies, and play board games. You can also check out the Menehune Adventure Trail here, which takes you all over the resort on an interactive scavenger hunt and is a perfect way to entertain the kiddos for a couple hours on dry land.

Two unique experiences available to Aulani guests and outside visitors alike are the KA WA’A luau (a dinner and hula extravaganza), and Painted Sky – HI Style Studio (where kids can get magical makeovers). You can click on the links above to read my detailed reviews of these two special activities!

Flight time is around 5 hours, which is less than a comparable flight to the Caribbean, which almost always requires at least one stop along that route.

Because Hawaii is also a major stopover for travel to Asia, there are tons of flights between SoCal and Oahu. Routes with more flights means more availability means a better chance at finding a deal. You can  find sales on Oahu flights especially out of LAX throughout the year but especially during Fall.

Another benefit of traveling to Aulani (on the island of Oahu) is that it’s still within the United States. This means no passport is necessary, no foreign currency is used, you won’t incur exchange rate fees on credit cards, and the official language remains English.

Perhaps most importantly though, if you have health insurance, it will still be accepted in Oahu! Several years ago on a trip to Hawaii I managed to strain my back lifting my suitcase at baggage claim. We were able to find a doctor near our hotel that accepted my insurance. So I was able to get treatment and an Rx. Knowing this has made it much less stressful to travel to Hawaii while pregnant and with young kids. I know that should disaster strike and we end up needing medical attention, it will be on par with anything we’d expect to receive back home.

For some of us who visit the Disneyland Resort on the regular, we know that a big part of enjoying a Disney visit is by partaking in its unique food offerings. One of my favorite things to do on vacation is eat, and Aulani thankfully has a huge variety of delicious items that are unique to the resort!

There are several on-site restaurants offering a variety of service options and menus. Some of my favorite items that we tried during our recent trip there were:

But my favorite Aulani Disney treat had to be the Mickey ears-shaped shave ice! You could pick up to 3 flavors (I chose lillikoi, lychee, and vanilla for this one), and it was a nice way to cool off after spending all morning at the pool. 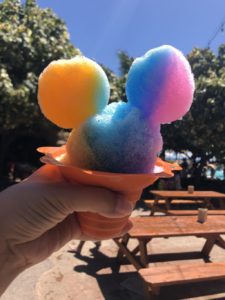 If you’re into recycling like I am, we found several ways to reuse the cute plastic cup it comes in while on property:

Reused the shave ice cup *again* to hold @buddhabowlfoods organic popcorn while watching THE LION KING. First time for both kids to see this movie and they gave it two ???? ☺️?♻️#aulani #disneysmmc #alohaminnie pic.twitter.com/j1Bef0izBA

#5 – Unique Disney souvenirs you can’t get anywhere else

Kalepa’s Store carries a huge assortment of items that are exclusive to the Aulani resort. I regret not picking up one of the adorable Aulani mugs. Right when you walked in, they had a big display for ‘Olu, the newest character to be added to the world of Duffy Bear.

In Hale Manu, the other big gift shop on property, they sold beautiful Aloha shirts with Disney and Aulani related patterns. A unique and eco-friendly souvenir I came across on this trip was wooden postcards!

If you’re a Disney fan, the Aulani resort and spa in Hawaii needs to be on your Disney bucket list. Even if you’re not a Disney fan per say but have kids and love relaxing, then Aulani should still be on your list of places to visit! 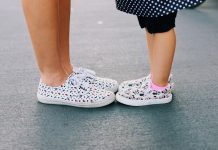